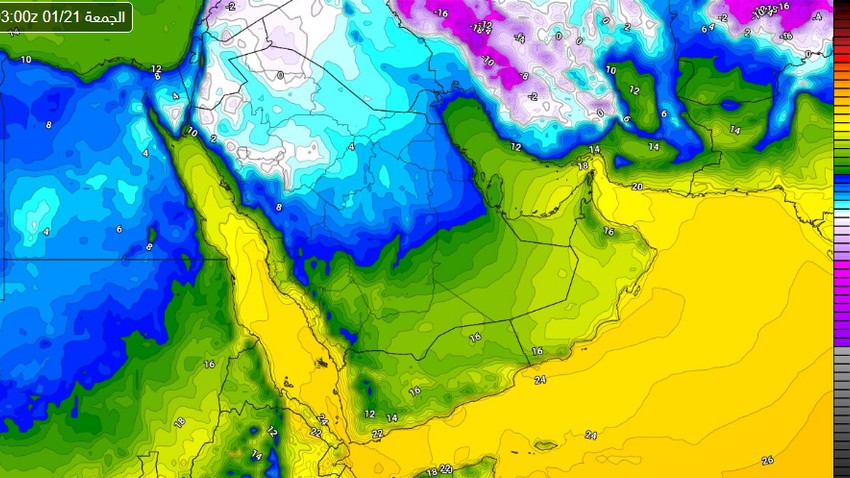 Arab weather - Sinan Khalaf - successive eruptions of very cold "polar origin" air masses towards the Kingdom, which will maintain zero degrees Celsius, and perhaps even lower than that in many regions of the Kingdom in the hours of the night and early morning, this is indicated by the latest weather reports that Issued this morning, Wednesday, January 19, 2022 AD.

In the details, it is expected that a very cold air mass of polar origin will begin to affect the northern sector of the Kingdom as of this evening, Wednesday. Zero in Tarif and Qurayyat, while it reaches zero in Tabuk. 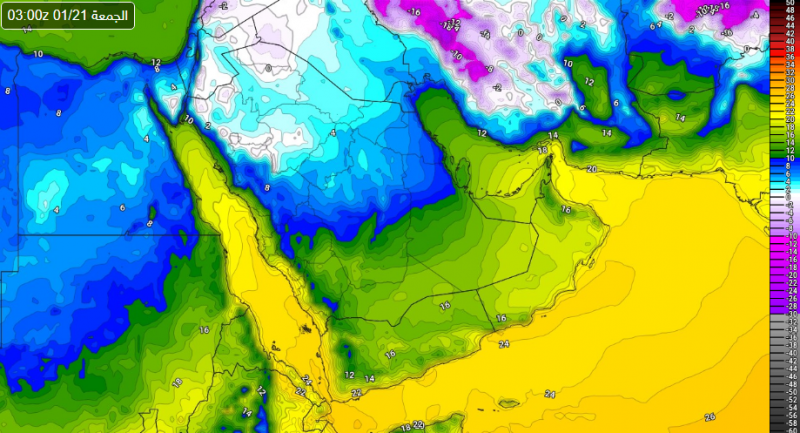 Expected deepening of the cold mass Thursday and Friday

And direct effects of the cold mass on Hail, Qassim and Riyadh

These cold weather require attention to: