important | After Algeria and Tunisia, a new heat wave will hit Morocco and western Algeria in the coming days 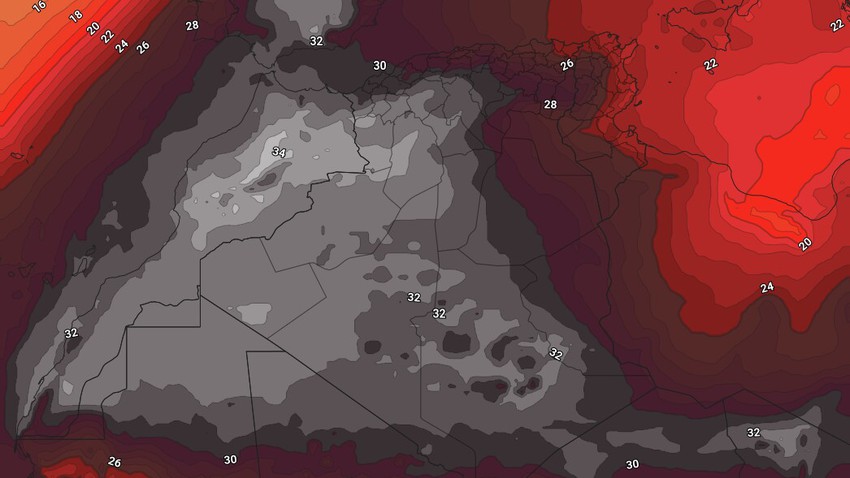 Arab weather - Large parts of Tunisia and Algeria are still under the direct influence of a hot air mass rushing from the African desert, characterized by the long period of its impact and its dryness.

May be associated with standard temperatures

In the details, it is expected that the hot air mass affecting Tunisia and Algeria will rush westward during the weekend to dominate the western parts of Algeria and all regions of Morocco, in addition to the northern and central parts of Mauritania, to become temperatures much higher than their average rates for this time of year, so hot weather prevails In the coastal areas, while it is very hot in the rest of the regions, especially in the afternoon and afternoon hours, temperatures exceed 45 degrees Celsius in many Algerian villages and cities located in western Algeria, in addition to Morocco and Mauritania. 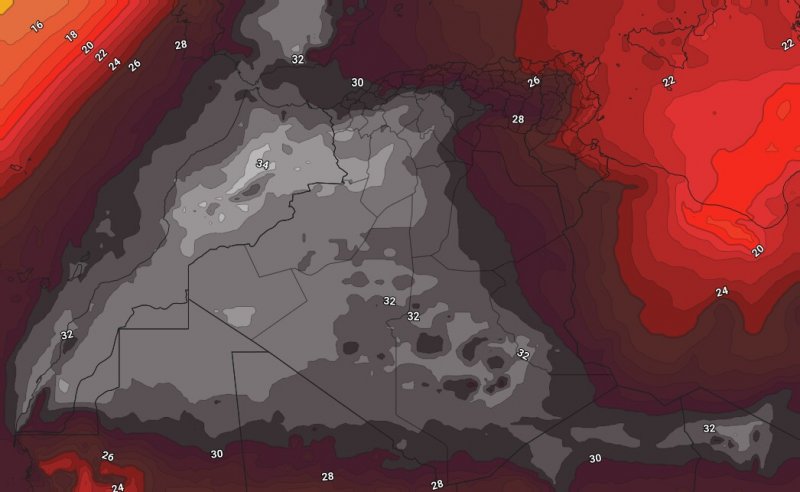 Usually, the coastal areas overlooking the Mediterranean are far from heat waves due to the flow of less hot winds from over the sea to the land, but due to the strength of the heat mass impulse, it is expected that with its effect, temperatures will rise to levels that may be classified as record in all regions, and therefore the atmosphere prevails Hot and exhausting.

With the recorded temperatures of these levels, this level is considered sufficient to trigger the name of a heat wave by virtue of the climatic records of those countries, and given the fact that the mass is dry in characteristics, which increases the risk of forest fires significantly, especially with activity in the movement of the wind, and under the existing conditions. pre.

Gradual decline of the heat wave in Tunisia and eastern Algeria

On the contrary, it is expected that temperatures will tend to decrease gradually during the coming days in Tunisia and the eastern parts of Algeria, despite this, the hot weather remains dominant in the atmosphere, but less severe than the previous days, and surface humidity levels will rise due to the blowing of eastern winds, for the reproduction of medium clouds. The high is interspersed with some cumulus thunder clouds, and thunder showers of rain fall in the afternoon and afternoon hours in some limited areas of the interior of Tunisia and Algeria. The record high temperatures come as a result of the control of the upper altitude in the north of the African continent, to rush a hot air mass from the African Sahara, as the air mass in the upper layers of the atmosphere heats the air in the lower layers of the atmosphere due to a dynamic process characterized by heating under pressure, by rebounding Air currents rising from the surface of the Earth, and the emission of "sunken currents", causing a rise in temperatures.