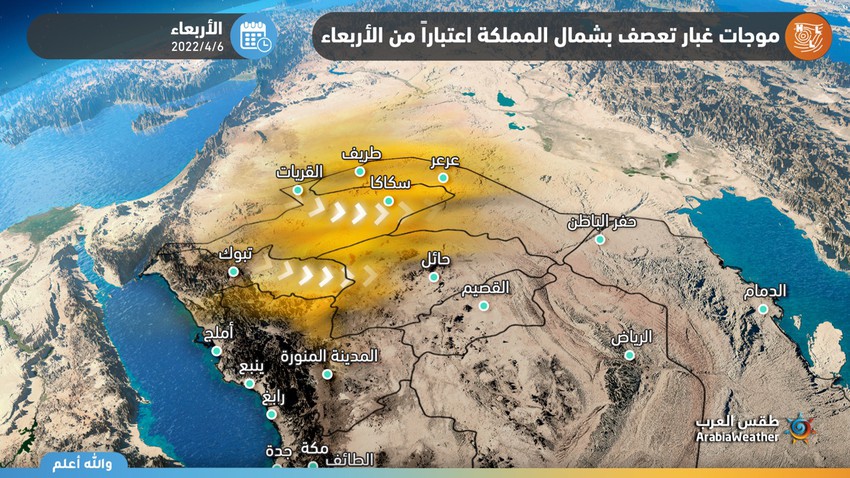 Strong northwesterly winds in Al-Jawf and the northern borders

Areas covered by the dust forecast for Wednesday

In the details, it is expected that the northern sector of the Kingdom will blow from Wednesday, active northern winds with strong gusts at times, the speed of some of its gusts reaching the limits of 80 km/hour , including both Al-Jawf and the northern borders, and it is expected that it will work to raise a wave of dust and dust, And the low extent of horizontal vision and perhaps lack thereof at intervals. 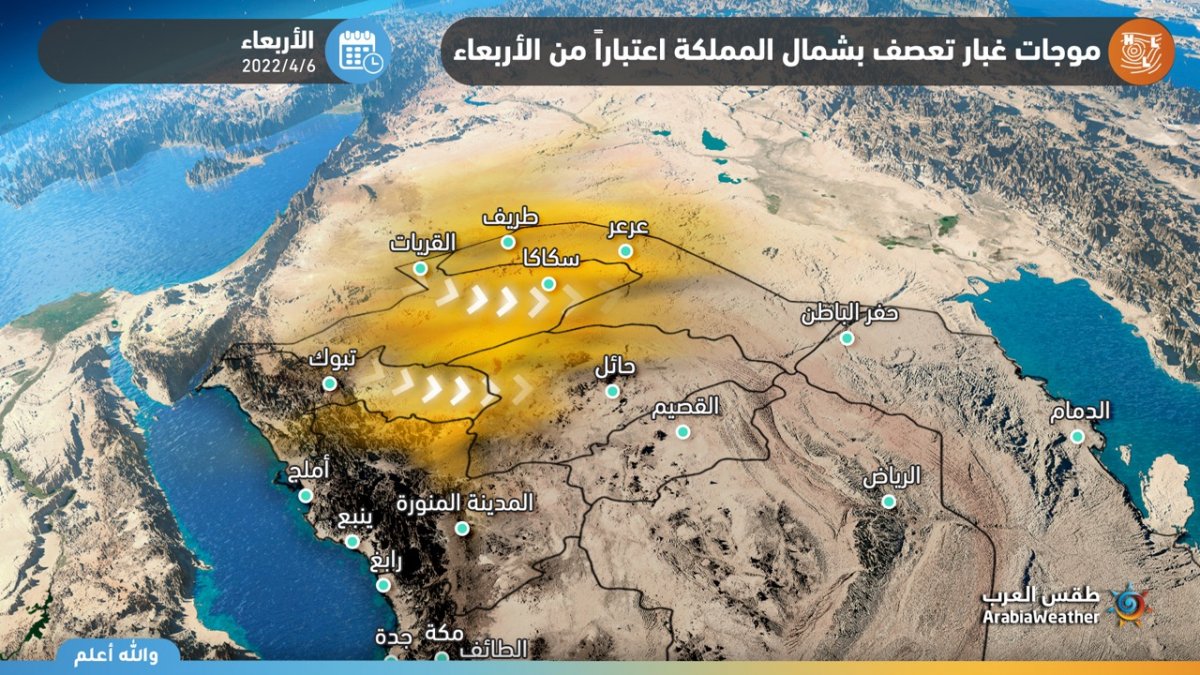 The forecast staff in the Arab weather monitors the possibility of the dust wave descending and moving on Thursday towards Hafar Al-Batin and possibly some eastern parts of the Kingdom on Thursday, and Arab Weather will issue more updates about developments in the coming days.