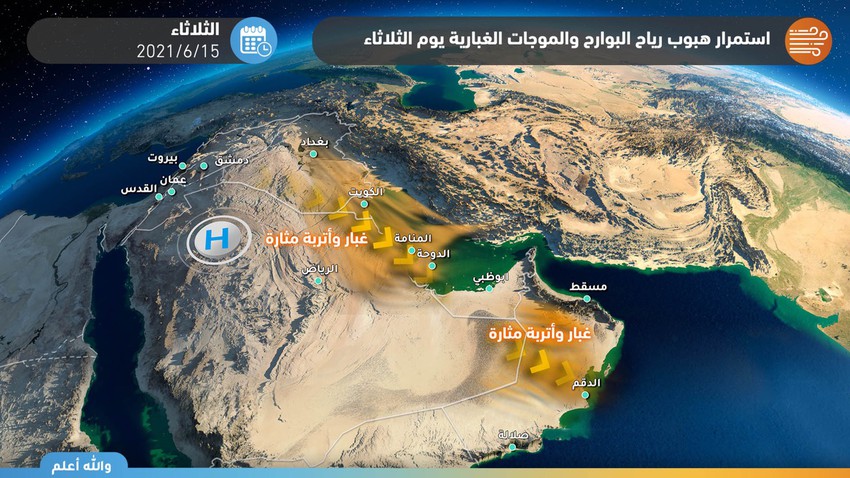 Arab weather - Sinan Khalaf - It is expected, God willing, that the intensity of the winds will decrease relatively on Tuesday in the southern parts of Iraq, Kuwait and the eastern parts of the Kingdom of Saudi Arabia, while remaining active in general, and will work to raise dust and dust again.

Areas covered by the dust forecast for Tuesday

As for the areas covered by the dust forecast for Tuesday, it includes the southern parts of Iraq, including Dhi Qar, Maysan, Basra, and the whole of the State of Kuwait, in addition to the eastern parts of the Kingdom of Saudi Arabia, including Khafji, the village of Al-Olaya, and Al-Nairiyah, all the way to Khurais and perhaps Al-Ahsa . Remarkably horizontal sometimes, which may affect the movement of vehicles, especially on external roads. 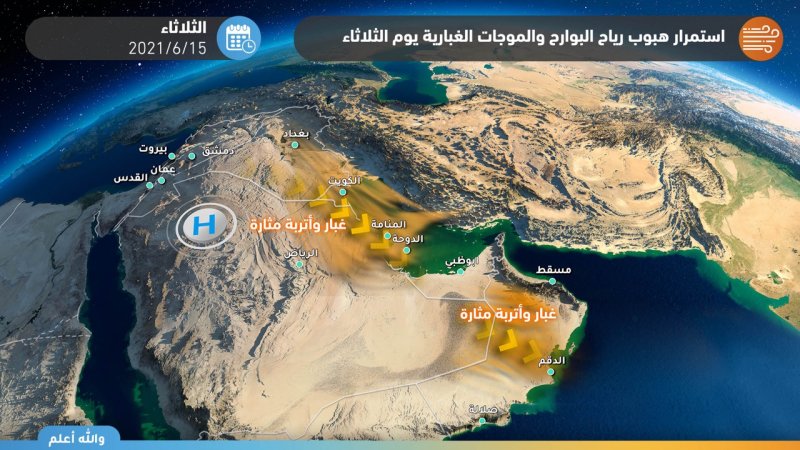 See also: Riyadh | After dusty days, important and promising developments regarding the impact of northwest winds on Riyadh in the coming days, from here

Iraq | Temperatures around 50 degrees Celsius in the capital, Baghdad, on Monday