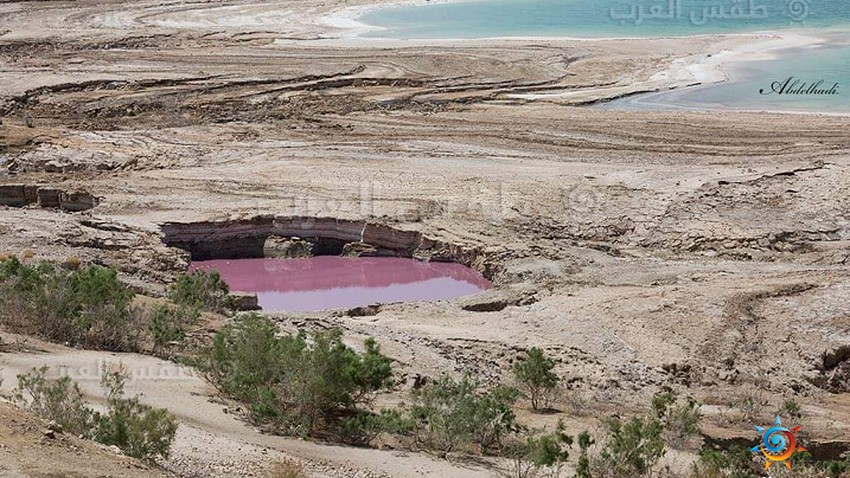 Arab Weather - Overnight, the Jordanian street woke up to news that one of the water pools adjacent to the Dead Sea had been colored red , unaware that this pool was not new, and that it had been carrying the same dark red color for several years, according to an image received by Arab Weather for the same pond that was completed. Taken about 4 years ago! 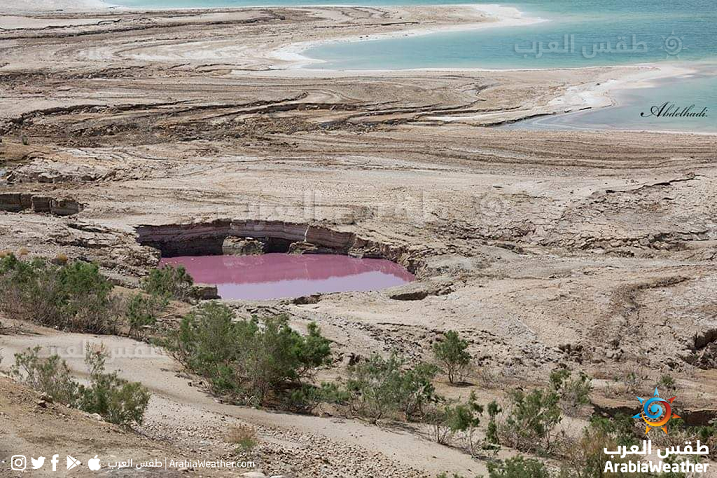 Many red puddles on both sides of the Dead Sea!

Arab Weather also revealed that satellite images have been monitoring for a long time many similar ponds and lakes that bear the red color on both sides of the Dead Sea , especially on the Palestinian side. They are often salty and prone to collapse when pressed. The reasons for the red color of the pool water in the Dead Sea:

As for the reasons for the red color of the water of the ponds or small lakes around the Dead Sea , former Minister of Water Dr. Hazem Al-Nasser attributed it to three possible main reasons:

He pointed out that there is a small possibility that the origin of this water is industrial, stressing the need to conduct the necessary chemical and biological analyzes to find out more details.