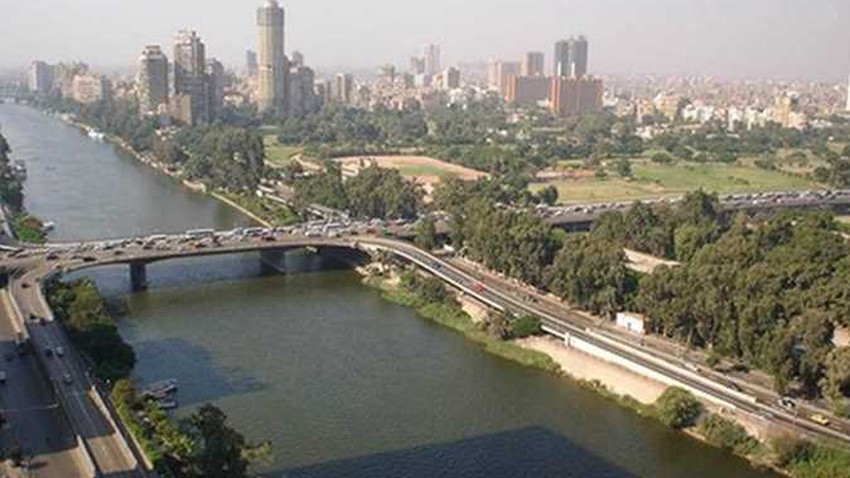 Weather of Arabia - With the increase in rainfall rates at the headwaters of the Nile during the past month, the quantities of river water flowing into the High Dam Lake and its level rose. This put the Ministry of Resources and Irrigation in Egypt on alert to take the necessary measures to deal with the river's revenue and the various scenarios for its flooding.

Dr. Eman El-Sayed, Head of the Planning Sector at the Ministry of Irrigation, said that the flood in Egypt this year is higher than the average , which is normal for the hydrology of the Nile River, explaining: It is natural from the Nile and we witness it constantly, something that happens every few years.”

And she added, that the quantities of water entering the High Dam Lake are 86% of it from the Blue Nile and 14% of it from the White Nile, which is the nature of the Nile River, where the largest part comes from the Ethiopian plateau and the rest comes from the tropical plateau, which are the countries of Kenya, Uganda, Tanzania and others, explaining: "The increase in The flow of water from the White Nile to Sudan is heard in Egypt, because the two plateaus end with their tributaries in Sudan and from there to Egypt, so any increase in the Blue and White Niles leads to an increase in the flow to Egypt.”

It is noteworthy that the River Nile floods continue since last August, causing major damage in Sudan, which recorded water levels where the levels did not occur more than a hundred years, where he was the Minister of Irrigation and Water Resources of Sudan Yasser Abbas, has pointed out that " the most important features of this flood The year, the unexpected large revenue from the White Nile, which exceeds all that has been observed during the previous hundred years .

The Nile flood journey takes 15 days from the Ethiopian plateau at the Dim scale on the “Sudanese-Ethiopian” border to Lake Nasser, during which the river crosses a distance of 2,590 km at a speed of up to 168 km per day in 3 stages, each of which is 5 days.

Irrigation spokesman Mohamed Ghanem said that the Nile flood has many benefits , most notably the reduction in pollution rates in canals and waterways, in addition to deepening the river course and reducing the proportion of ammonia.

In an interview with "Sky News Arabia", the Egyptian expert, Professor of Water Resources at the Institute of African Studies, Abbas Sharaki, said that the flood in 2021 is high by 30%, which secures Egypt's share in water, noting that " in a few days, the peak of the flood will end by the end of this September." ".

The level of the Nile River at Khartoum has also witnessed a gradual decline, since it reached its highest level this year at 17.27 meters on September 10, and thus the danger to Khartoum has disappeared, and “the satellite images indicate the receding of the Nile flood waters to settle between its banks with the presence of remnants of flood water in some places," according to the expert.