important | For the second day in a row, severe weather disturbances are expected on Al-Jawf and the northern borders, Monday afternoon and evening 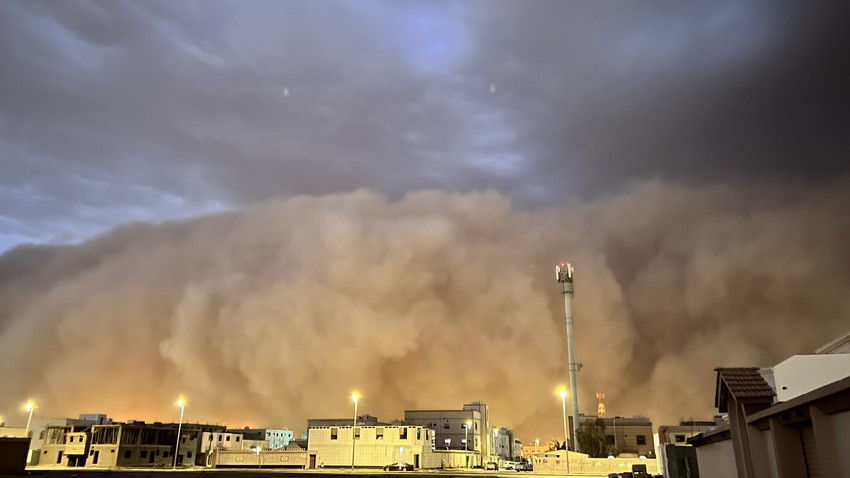 Arab Weather - Sinan Khalaf - The latest output of computer simulation systems for weather forecasts in Arab weather indicates the possibility of renewing strong and unusual weather disturbances on both Al-Jawf and the northern borders with the afternoon and evening hours of Monday, accompanied by sandstorms and heavy precipitation of hail, in addition to heavy rain .

Severe thunderstorms and heavy hail that may be accumulating

In the details, the forecast staff in the Arab weather expected that all of the hollow and the northern borders would be affected by another round of strong weather with the afternoon and evening hours, resulting in the formation of large amounts of thunderstorm clouds, accompanied by downward winds exciting sandstorms, simultaneous or followed by heavy rain. High intensity, sometimes accompanied by showers of heavy cold.

A direct link to monitor clouds and lightnings via satellite "Animations" 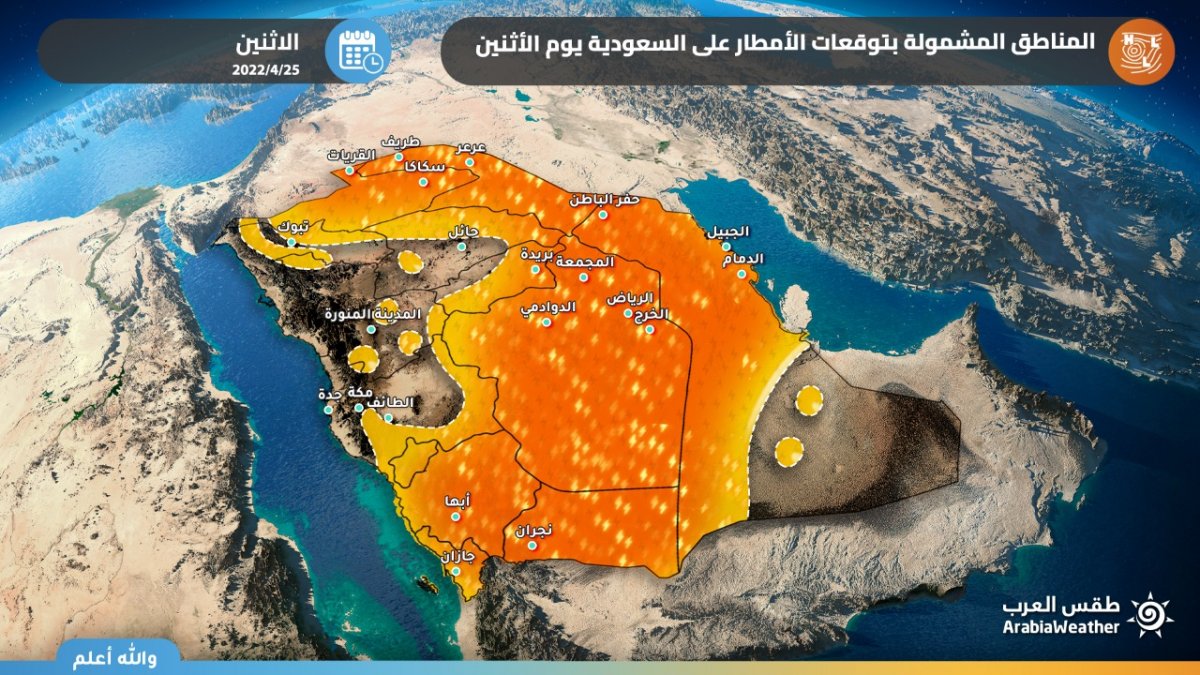 In view of the time of thunderstorms, the long interruption of rain, dryness and disintegration of the soil, and the expected activity of thunder clouds that may be associated with downward winds, the aforementioned areas are expected to arise in some areas locally, accompanied by a significant decrease in the range of horizontal visibility.

The Arab weather recommends the residents of Al-Jawf and the northern borders with the following: