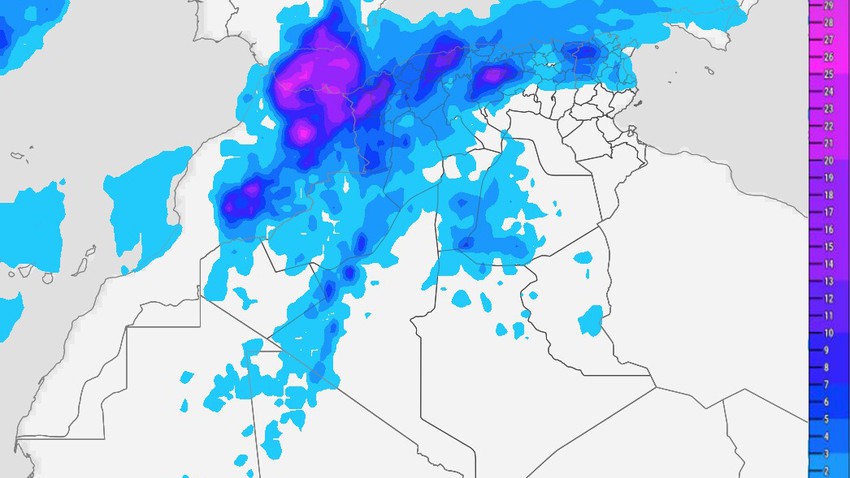 Arab Weather - The Arab Weather Regional Center monitors the intensification of rain in the northern parts of Algeria as a result of the deepening of a seasonal desert depression over the Algerian Sahara, which works to pump moisture from the African tropics into all layers of the atmosphere, working on the growth and reproduction of thunderstorm clouds in many regions .

Increased inflow of tropical moisture towards Algeria and intensified rain

There is a decrease in the temperatures on Thursday compared to the previous days, while they remain higher than their rates for such time of year, and the weather is relatively hot in the northern regions in general, and moderate in the coastal areas, and hot to very hot in the rest of the regions, especially the southern and eastern.

It is expected that many regions of northern Algeria, especially those located in the western part, under the influence of powerful cumulus clouds, as a result of the concentration of a desert depression over the Algerian desert, pushing moist winds in the different layers of the atmosphere , where it is expected that the rains will become more intense, concentrated in Oran, Tlemcen and El Bayadh. It is an extension to the capital Algiers , and the rains are heavy at times and accompanied by showers of hail, which may lead to the flow of valleys and torrents, as the downward winds of dust and dust activate in areas of thunderstorm activity. 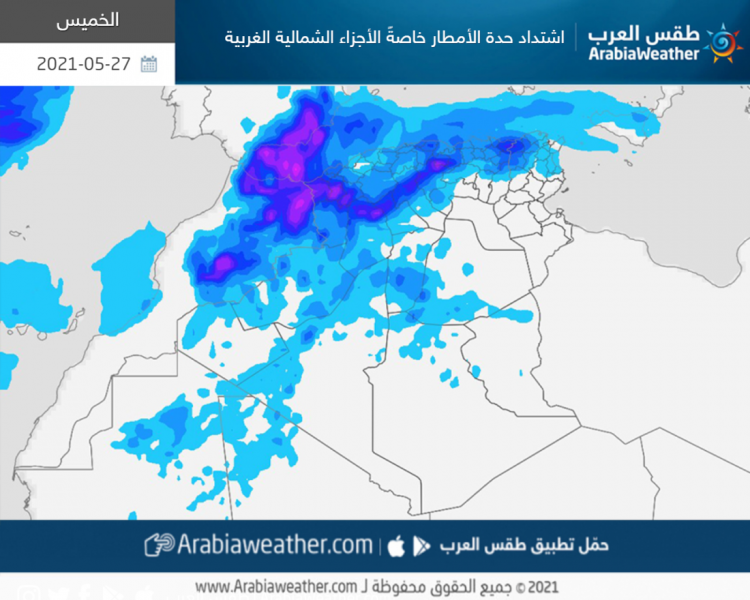 As the depression penetrates more towards Algeria, active southerly winds blow faster, and as a result of the proximity of the center of the depression more over the western regions, it is expected that the southern winds will be more active than the rest of the regions of the Republic, and therefore the dust density will be higher there, where the horizontal visibility is greatly reduced.

Important recommendations, which are recommended to be taken seriously