important | Intermittent rains in most regions of northern Algeria, calling attention to the formation of torrential rains in the coming hours 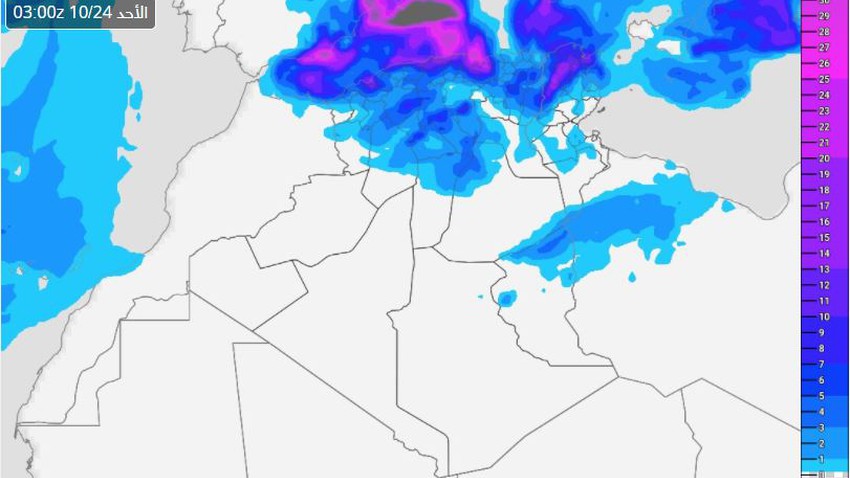 Arab weather - The maps processed internally in Arab weather indicate the renewal of weather fluctuations during the coming hours in large parts of northern Algeria and continue until Sunday evening, including coastal areas and extending to some internal areas accompanied by heavy rain, which may lead to the formation of torrents, and the following details:

Rain covers most of northern Algeria

Rain of varying intensity and heavy in some areas

In the details, it is expected that a cold air mass will gradually advance to the northern part of Algeria, accompanying an air depression centered above the Mediterranean, coinciding with the rush of moist eastern currents originating from the Mediterranean Sea. Daylight hours gradually for many regions, to include during the evening hours and Saturday night most parts of Algeria. 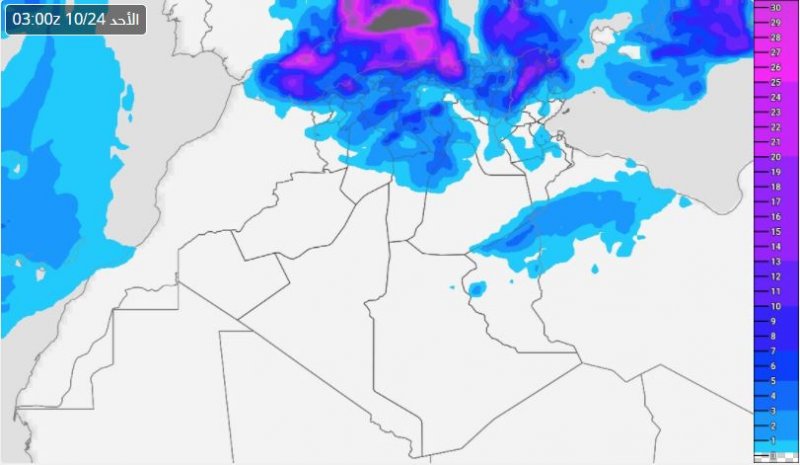 It is expected that the rains will be of varying intensity in many areas, and heavy in some geographical areas, which may lead to the formation of torrents and the flow of valleys, as well as sometimes accompanied by thunder and downward winds that raise dust and dust.

It is noteworthy that the expected rainy situation will be classified as medium intensity, carrying good amounts of rain for most of the northern regions of Algeria, in addition to the intensity of rain will be high in some geographical areas, and thus the chance of torrential rains and high water levels will be high in many areas, including the capital Algiers.