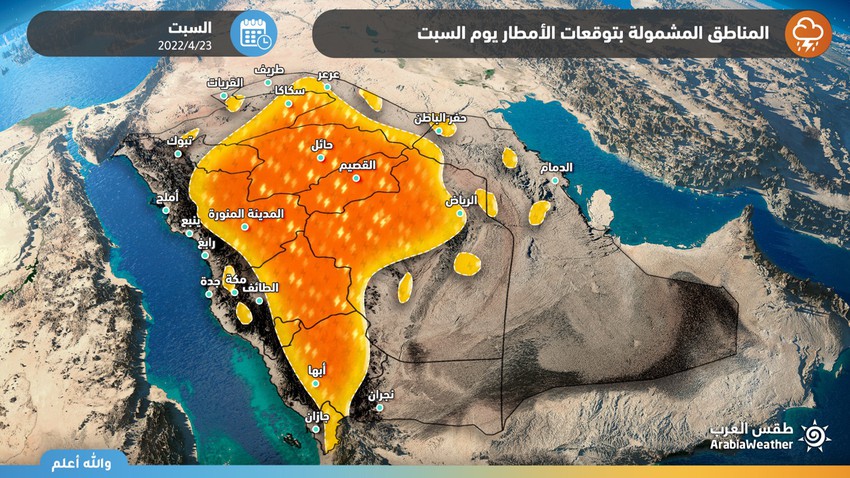 Arab Weather - The weather forecast team in Arab Weather alerted of the important and major developments expected on the rainy weather at the beginning of the week, as it is expected to increase in strength and comprehensiveness in a remarkable and gradual manner, starting from Saturday, thus becoming the strongest and most influential in several months, bringing with it heavy thunder rain And hail showers in many areas.

Additional intensification of the rainy situation

Heavy thunderstorms include Hail and many areas on Saturday

In the details, it is expected that on Saturday, the impact of unstable weather conditions will renew in large parts of the Kingdom, starting from the afternoon hours, as thunderstorms begin to form along the southwestern highlands of the Kingdom, including the heights of Jazan, Asir, Al Baha and Taif, Perhaps Makkah Al-Mukarramah, and isolated showers of rain fall, sometimes heavy and accompanied by showers of hail. 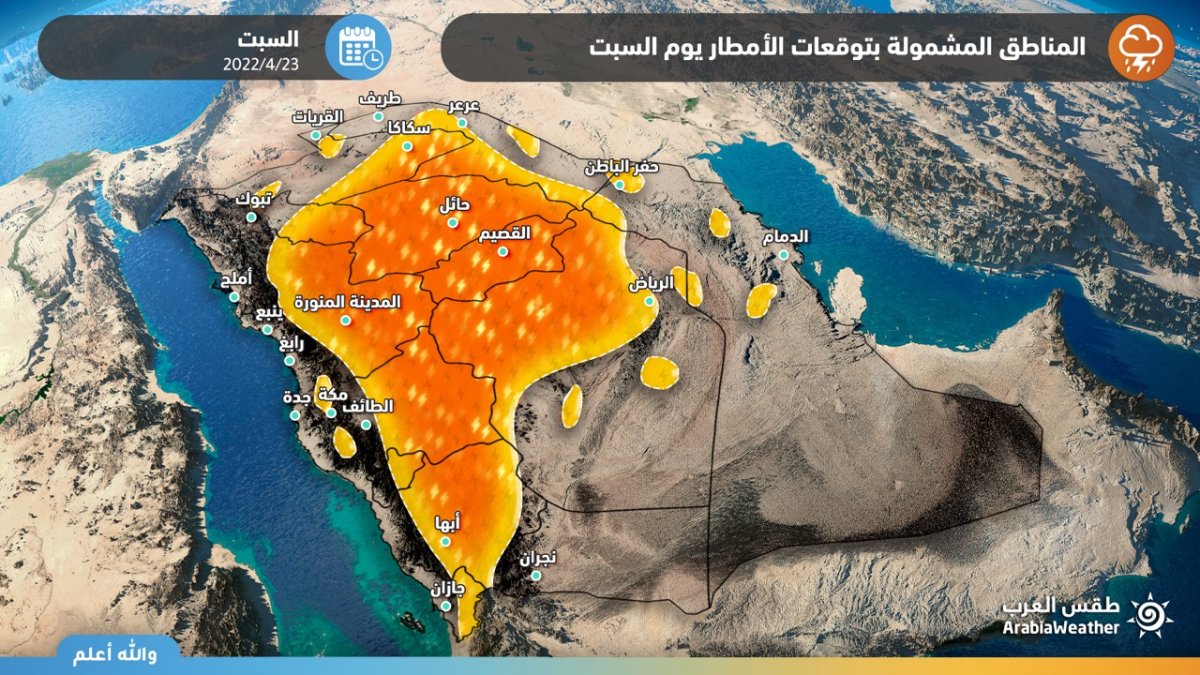 As we enter the afternoon and evening hours, stronger thunderstorms are forming in the areas of Hail and Al-Jawf, in addition to the northern borders and the Tabuk region, where it is expected that these areas will be affected by strong thunderstorms, during which heavy rain and hail will fall, and the emergence of dust storms as a result of the downward winds accompanying thunder clouds is not ruled out. .

Arabia Weather recommends to residents of areas affected by the rainy situation the following: