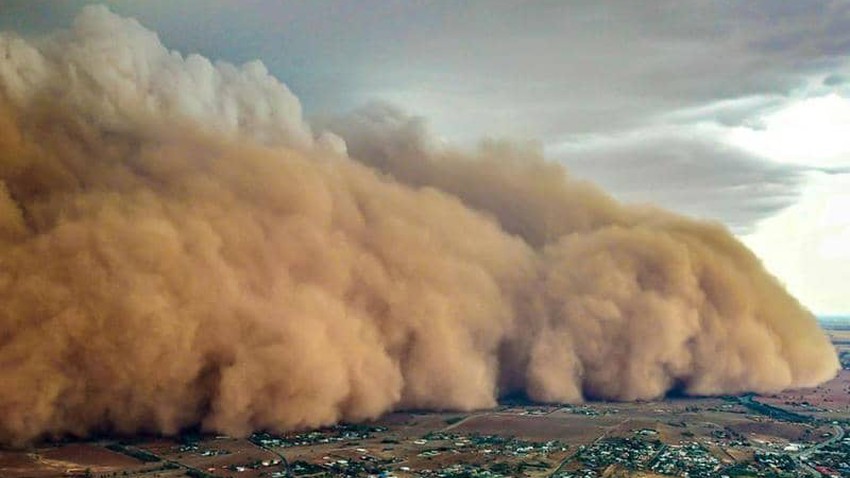 Arab Weather - Sinan Khalaf - The weather forecast staff in the "Arab Regional Weather Center" monitors the strong dust storm with a strong impact, which is now stationed according to satellites inside Iraqi territory and on its borders with Kuwait, and extends to the northern borders of the Hafr Al-Batin region, causing a complete lack of range Horizontal vision.

Satellite images indicate that the dust storm is gradually advancing towards the city of Hafr Al-Batin, and is expected to affect it directly, in the form of a wall dust storm that will cause a lack of horizontal visibility during the coming hours, which will negatively affect the movement of vehicles on the roads and possibly air navigation. 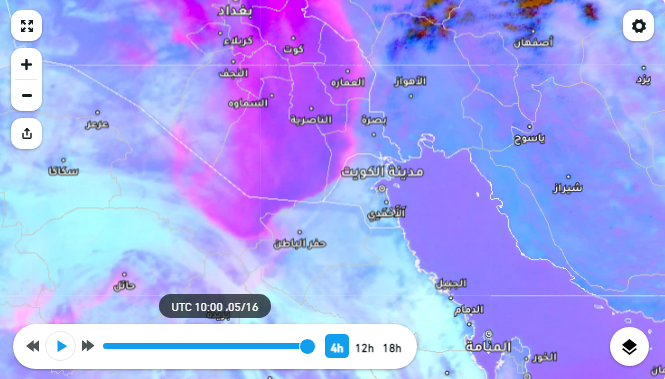 This dust storm is associated with many dangers that need to be alerted, namely: