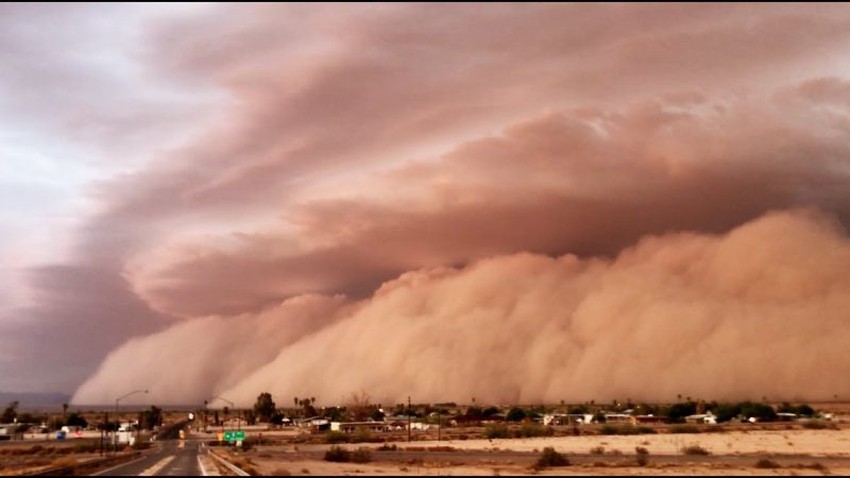 Weather of Arabia - Sinan Khalaf - It is expected that the Kingdom of Saudi Arabia will be affected on Friday by a strong and widespread dust storm, according to the latest weather forecasts, it is believed that it will be the strongest and most comprehensive since the start of the season.

What made the sandstorm the strongest since the start of the season?

Lack of rain during the months of January and February

What happened in most regions of the Kingdom during the months of January and February of little or no rainfall made the soil a dry, loose soil with small and fine particles and particles that the winds could lift and carry with ease and transport it from one place to another in the form of a wide sandstorm.

Lack of vegetation cover of plants and trees, whether this absence is due to natural causes due to lack of rain and drought, or causes resulting from human neglect and sabotage, a major reason for the formation of this sandstorm that affected the Kingdom, as vegetation plays an important role in the process of stabilizing the soil and preventing sand from Blowing off with gusts of wind, and trees by nature act as natural buffers to wind and dust waves.

Large thermal differences between the blocks

The thermal differences between the warm mass affecting the middle and south of the Arabian Peninsula and the cold mass that is pushing around the kingdom from the north will play an important role in increasing the strength of the sand storm, as it will push strong northwesterly winds that crossed over dry desert lands and loosened soil, and will work to carry and fly them and create a storm Strong sand.