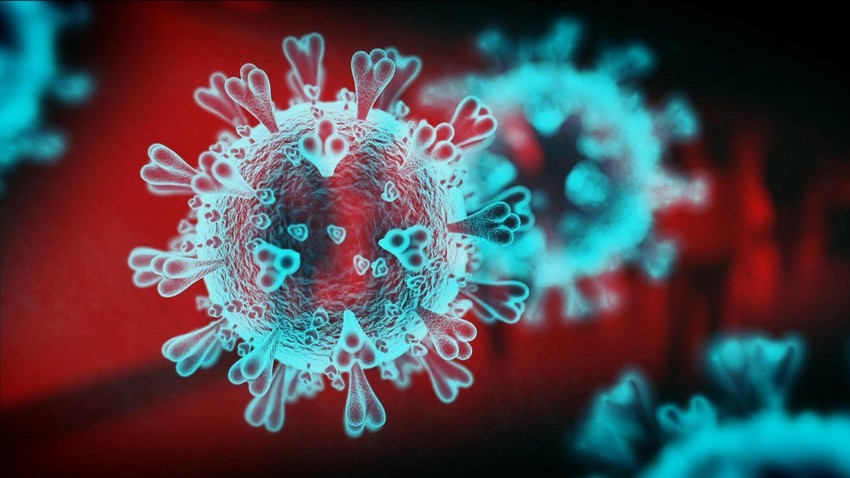 Weather of Arabia - The World Health Organization, through an independent group of experts who monitor and periodically assess the development of the Corona virus, decided to classify the new mutant (B.1.1.529), which it called “Omicron”, as the “alarming” mutant, and then the details are according to what it Published by the World Health Organization on the mutated virus.

The mutant (B.1.1.529) was first reported from South Africa on Wednesday, November 24, 2021 , as the epidemiological situation in South Africa was marked by three increases in reported cases, the last of which was in the “delta” mutant, and in recent weeks, infections increased Sharply in conjunction with the discovery of the mutant (B.1.1.529.) The first known confirmed infection with the mutant virus was from a sample collected on November 9, 2021.

The omicron contains a large number of mutations, some of which are of concern. Preliminary evidence indicates an increased risk of reinfection with this mutant, compared to other investigations, and the number of cases of this strain appears to be increasing in almost all provinces of South Africa.

And many laboratories indicated that for the “PCR” test widely used to detect the Corona virus, one of the three target genes (called gene S leakage or gene target failure) was not detected, and therefore this test can be used to detect infection with this mutant, which It has been observed to spread at faster rates than previous mutant, suggesting that this mutant may have a greater ability to spread.

Based on the evidence presented indicating a severe change in the virus strain, the World Health Organization classified the mutant (B.1.1.529) called "Omicron" as "of concern" .

Accordingly, the organization recommended that countries do the following:

The spread of the new mutation and the imposition of restrictions

So far, only a few dozen new cases have been identified in South Africa, Botswana, Belgium, Hong Kong and occupied Palestine, and there is no conclusive evidence yet that the mutant is more contagious or lethal, or can reduce the protective power of vaccines, but the lack of Certainty about these questions has been one factor in the speed with which countries are moving toward restrictions.

In the past, it took governments days, weeks or months to issue travel restrictions in response to the new variables, but this time, the restrictions came within hours of South Africa's announcement. At least 10 countries around the world had announced measures before South African scholars finished their meeting With WHO experts about the new mutant.

The new variant "Omicron", initially called (B.1.1.529), has an unusual set of mutations, 10 of which are specific to a protein that helps the virus create an entry point into and infect human cells, and that is much more than the severe delta variant. infection.

We ask God for safety and wellness