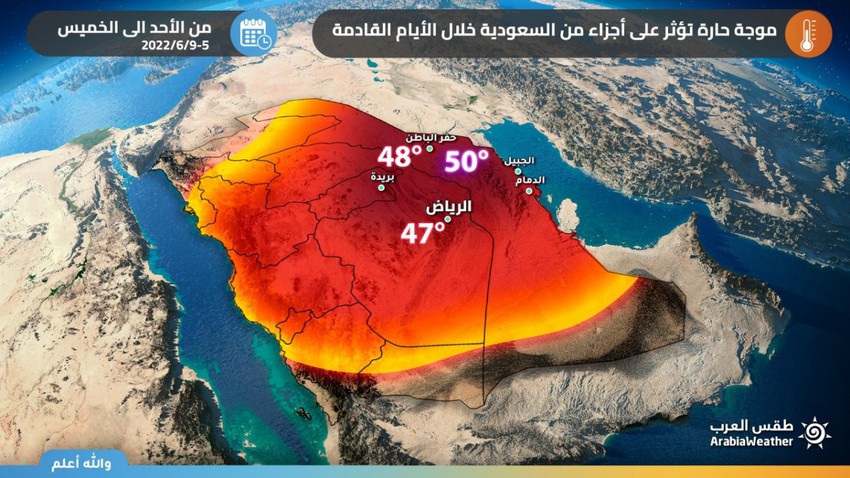 Weather of Arabia - Weather forecasts issued on Sunday morning still strongly indicate that the eastern and northeastern sector of the Kingdom was affected by a very hot air mass, amid expectations that some regions of the Kingdom will record temperatures touching 50 degrees Celsius.

Weather forecasts issued by the forecast staff at the Arab Regional Weather Center indicate that the effects of the intense heat air mass will be concentrated between Hafr Al-Batin, Qaisumah and Al-Nairiyah, as it is expected that these areas will record temperatures approaching 48 degrees Celsius, and may touch 50 degrees Celsius in Al-Nairiyah and some And the interior parts of the northern eastern region. 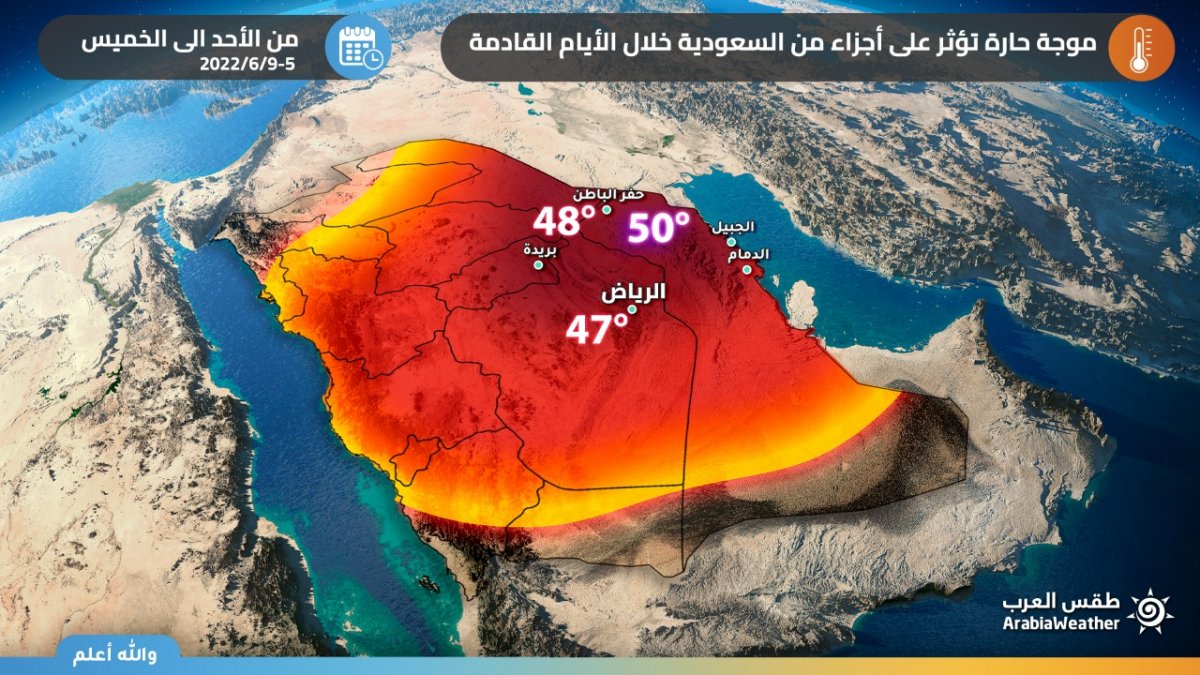 The latest weather forecasts issued by Arab Weather indicates that this air mass of intense heat will continue to affect the Kingdom throughout the current week, and God knows best.

Important recommendations during the effect of hot mass

Arab weather warns of this huge and huge rise in temperatures, which would raise the possibility of heat stroke and heat stress, so we advise everyone to follow the following instructions: