Important - Saudi Arabia | Chronology of the rainy situation and the areas most affected by it, as of Wednesday 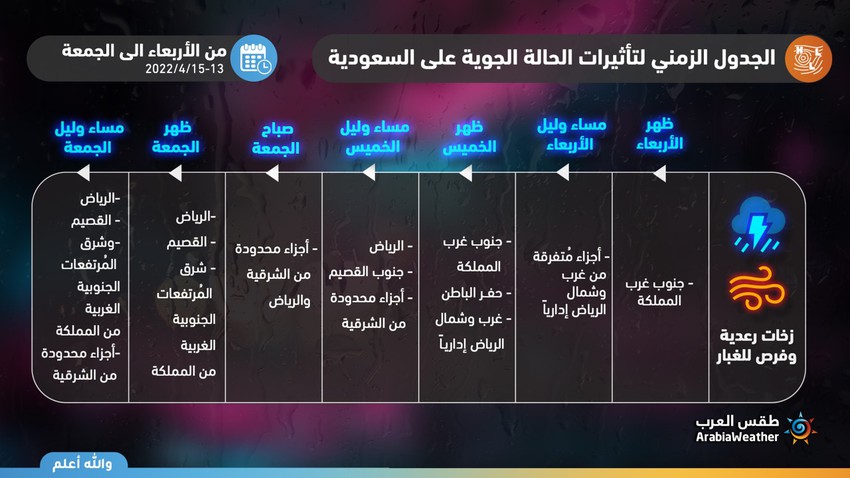 Arab weather - All numerical models, praise be to God, are in agreement that the Kingdom of Saudi Arabia will be affected by the first rain situation after a period of interruption. And wind and dust for many areas.

Chronology of the rainy condition

The areas covered by the rain forecast for the coming days 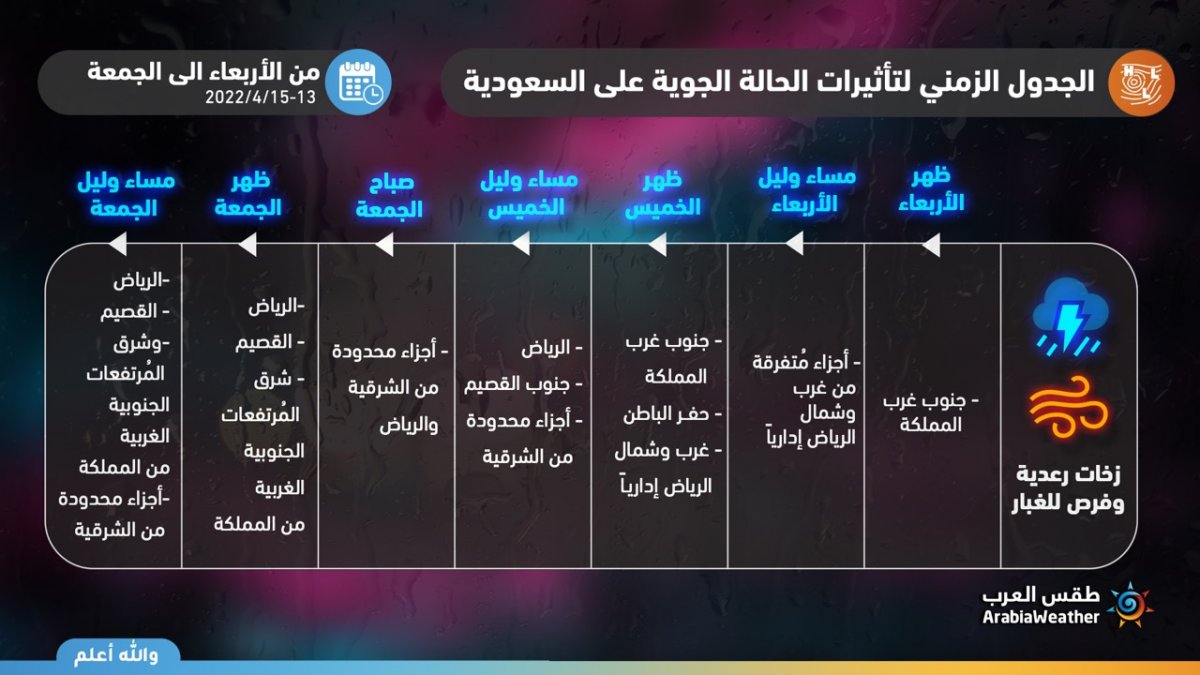 On Friday, some cumulus clouds will form in the sky over the eastern region and Riyadh, and the situation will gradually increase in comprehensive strength from noon on Friday to include Riyadh, Qassim and the east of the southwestern highlands of the Kingdom, and God knows best.

Riyadh | After the drought.. Successive omens with several chances of rain in the coming days