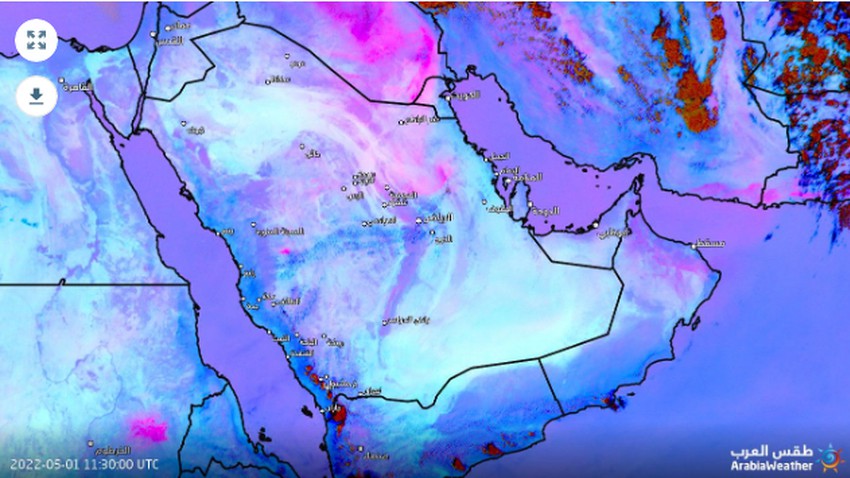 Arab Weather - Sinan Khalaf - The weather forecast staff in the "Arab Regional Weather Center" is watching the possible developments and paths of the heavy dust wave that formed today inside the territory of Iraq, and caused the lack of horizontal visibility and the closure of the Baghdad International Rain, where indications of a wave rushing from inside Iraqi territory towards Kuwait and the eastern parts of Saudi Arabia.

All eyes are on Kuwait and Saudi Arabia

The dust of Iraq is creeping towards the kingdom again, and possible effects on the eastern region

The latest outputs of the computer simulation systems for wind movement indicate that the dust waves currently stationed in Iraq are gradually moving towards the State of Kuwait and the Hafr Al-Batin region in the Kingdom of Saudi Arabia. .

Watch the movement of clouds and dust through satellites from here 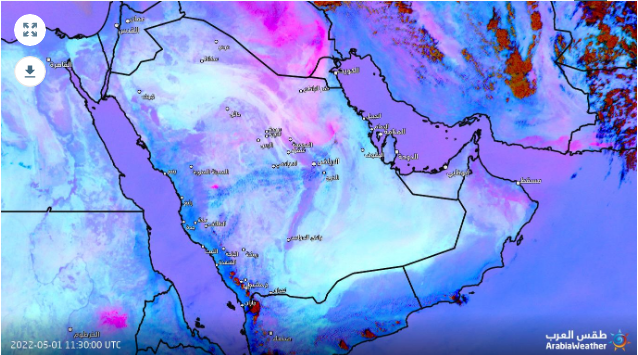