Important: `Security` warns of electricity wires that have been cut due to the accumulation of snow 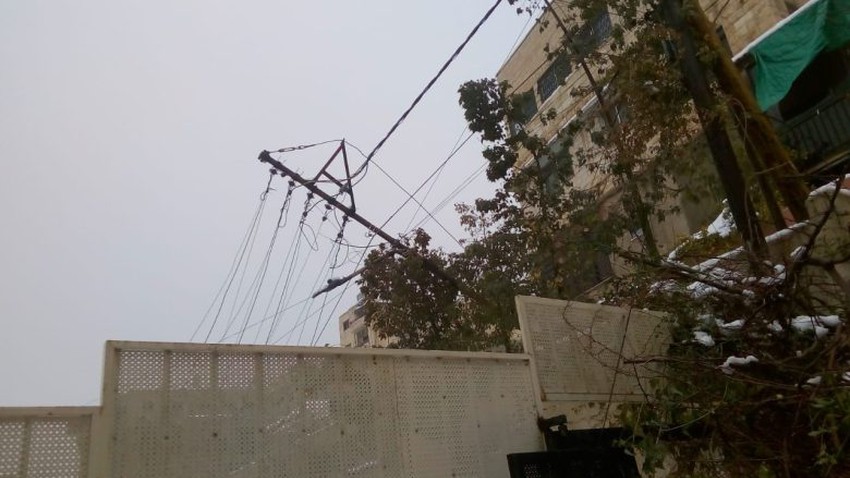 Weather of Arabia - The Public Security Directorate has warned all citizens not to approach when seeing any electrical wires that have been cut due to the accumulation of snow in order to preserve their safety.

In a statement on Thursday, the directorate called on citizens to immediately report it to the concerned authorities or via the unified emergency number (911) so that the competent authorities in the field can follow up on it and immediately work to carry out the necessary maintenance for it.

In a related context, the electricity was cut off during the hours of the night of Wednesday/Thursday to some homes in several areas of the capital, Amman, due to the accumulation of snow, and the main cause of the malfunctions was the fall of trees on the poles, which led to the cutting of wires, and this was amid great difficulties faced by workers in the field. To get to the malfunctions received by the company, due to the condition of the roads and vehicles stuck in the roads, which impeded the movement of those working to maintain the service of citizens, including the electricity cadres.