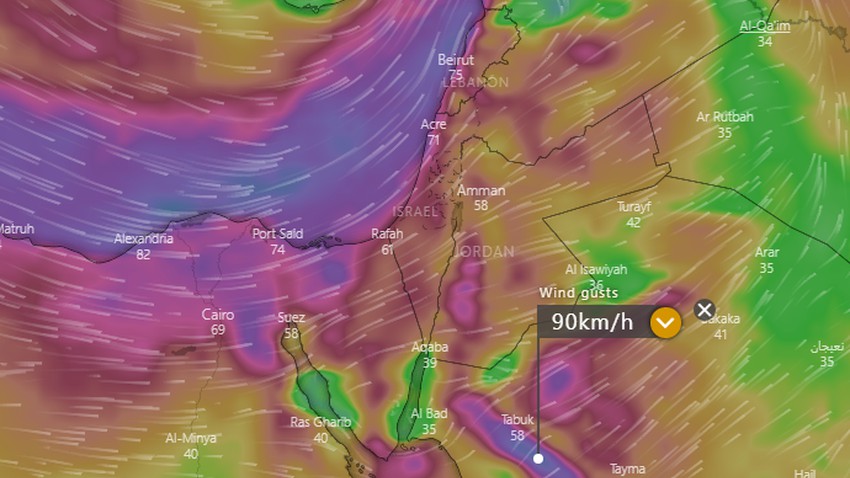 Arab Weather - Sinan Khalaf - The latest weather forecasts issued by the forecast cadre in Arab weather indicate that the northern sector of the Kingdom was affected on Wednesday, especially the Tabuk region, with remarkable and great activity on the speed of dust and dust.

In the details, it is expected that the eastern basin of the Mediterranean and the Levant region, in addition to the northern sector of the Kingdom, will be affected by an extension of an air depression accompanied by a cold air mass, which is expected to push strong westerly winds towards the Tabuk region, some of whose gifts exceed the 80 km/hour barrier. While these winds are less severe in parts of Medina, Al-Jawf, and the northern borders, they are expected to raise dust and dust, and possibly reduce horizontal visibility, especially on external roads.

Now.. Dental implants, veneers and a Hollywood smile in only 24 hours with a free stay from Galaxy Dental Center, from here 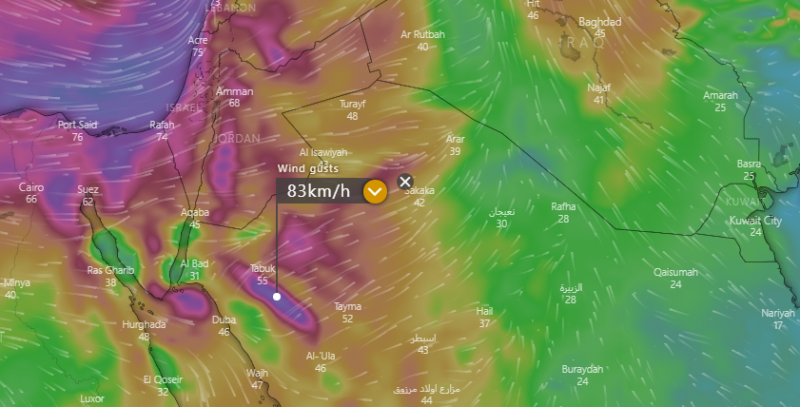 Saudi Arabia 12:30 pm | Chances of rain will extend from Al Sharqiya to Riyadh in the coming hours

Saudi Arabia 1:10 am | Unstable weather and rain in parts of Sharqiyah and Riyadh tonight and tomorrow

Update at 11:00 at night | Snows of goodness permeate the heights of southern Tabuk and more tonight