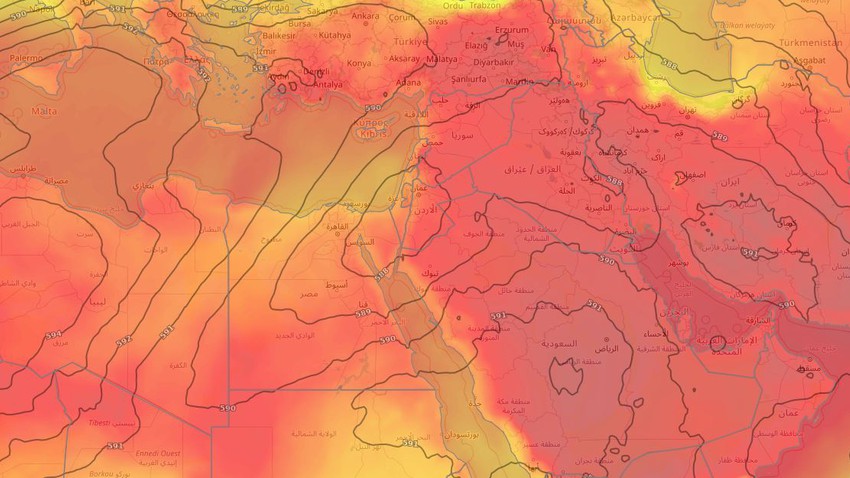 Arab weather - It is expected that the Levant will be affected more on Wednesday and Thursday by hot and dry air mass, to reflect this on the ground by raising temperatures significantly and remarkably, amid indications that the Great is approaching 35 degrees Celsius in many cities and governorates in the Levant, and the following are the details :

In the details, it is expected that the hot air mass will directly affect the Levant, reaching its peak on Wednesday and Thursday, as it is expected to be around 40 degrees Celsius in many areas, especially the capital, Damascus, while it will be around the mid-thirties in Jerusalem and Amman. , and a little lower in Beirut, as the temperatures are higher than their usual rates for this time of the year, and the weather turns to become hot in most areas, especially with noon and afternoon hours, while it is very hot in low areas, and hot weather is accompanied by dry weather. Because of the nature of the air mass with low humidity. 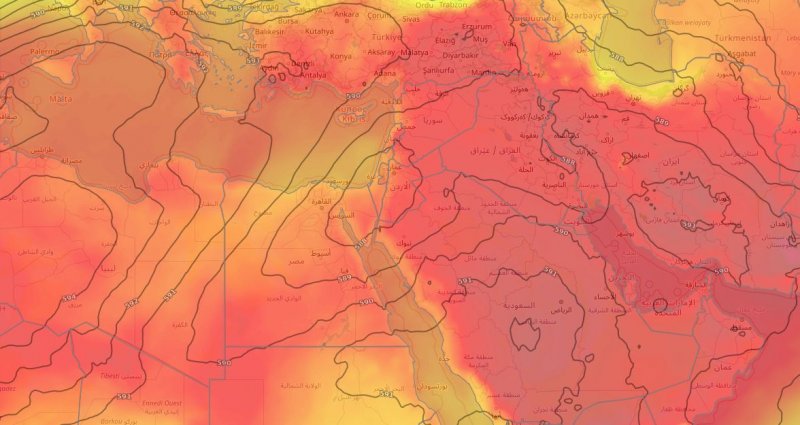 At night, there is a noticeable rise in night temperatures, and the weather is generally warm in most areas, while it tends to heat in low areas, and the winds are generally moderate in speed, coinciding with high surface humidity levels in the western mountain slopes of the Levant, which May create a fine mist.

The scientific reason for the eruption of hot mass

Atmospheric dynamics in the distribution of air masses

The direct cause of the influence of the rest of the Levant by the hot air mass, as a result of a cold air mass rushing west of the European continent and accompanying an air depression in the upper layers of the atmosphere, as the nature of the atmosphere’s dynamics naturally depends on the distribution of cold and warm air masses across the North Pole, which is the main source of the region via roads. The dynamic, which is represented in the dominance of high air pressures over an area corresponding to low air pressures in another region, as with the rush of a cold air mass west of the old continent, which works to intensify the subtropical air altitude over the region and deepen the pressure values in the thermal depressions on the Arabian Peninsula and sometimes approach them Towards the Levant to affect directly, and this is what is expected to happen on Wednesday and Thursday, God willing. 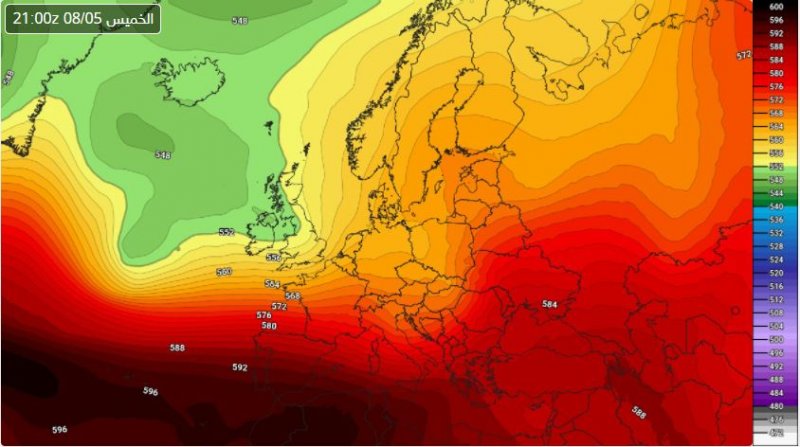 The air mass is considered to be the source of the Arabian Peninsula, and it is one of the hottest air masses on earth, in addition to that, it is of a dry nature because its habitat is desert lands from the Arabian Peninsula, and because of this hot and dry nature, this air mass is considered exotic or alien to the weather Levant, as the weather will be hotter than usual for the region's climate.

Given the intensity of the hot mass, there are important recommendations

It boils down to the following points: