important | The impact of the monsoon depression has expanded to include Saudi Arabia and Yemen, and its impact on Oman and the UAE will continue during the next 48 hours. 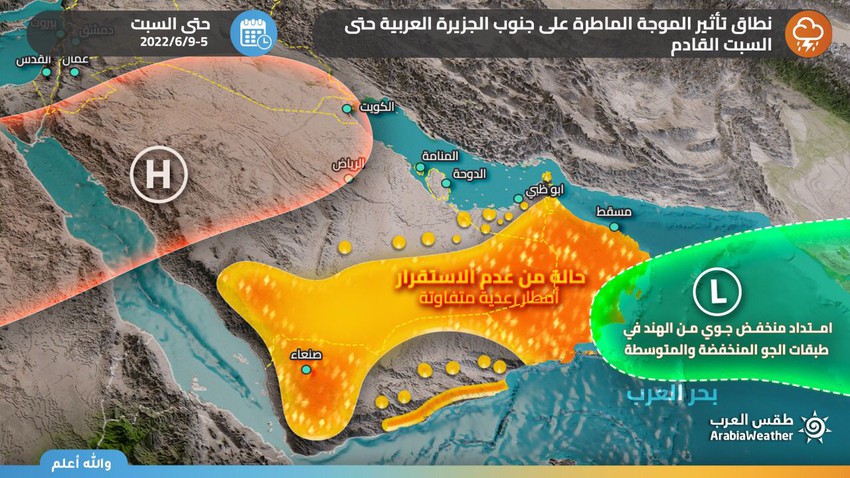 Weather of Arabia - Sinan Khalaf - indicated by the latest output of computer simulation systems to the widening of the influence of the monsoon depression to include large parts of the southern Arabian Peninsula in the coming days, which heralds more medium and heavy rains for the Sultanate of Oman and parts of the Emirates, Saudi Arabia and Yemen.

The Sultanate of Oman is the most affected

Heavy thunderstorms and possible torrential rain in many provinces and states 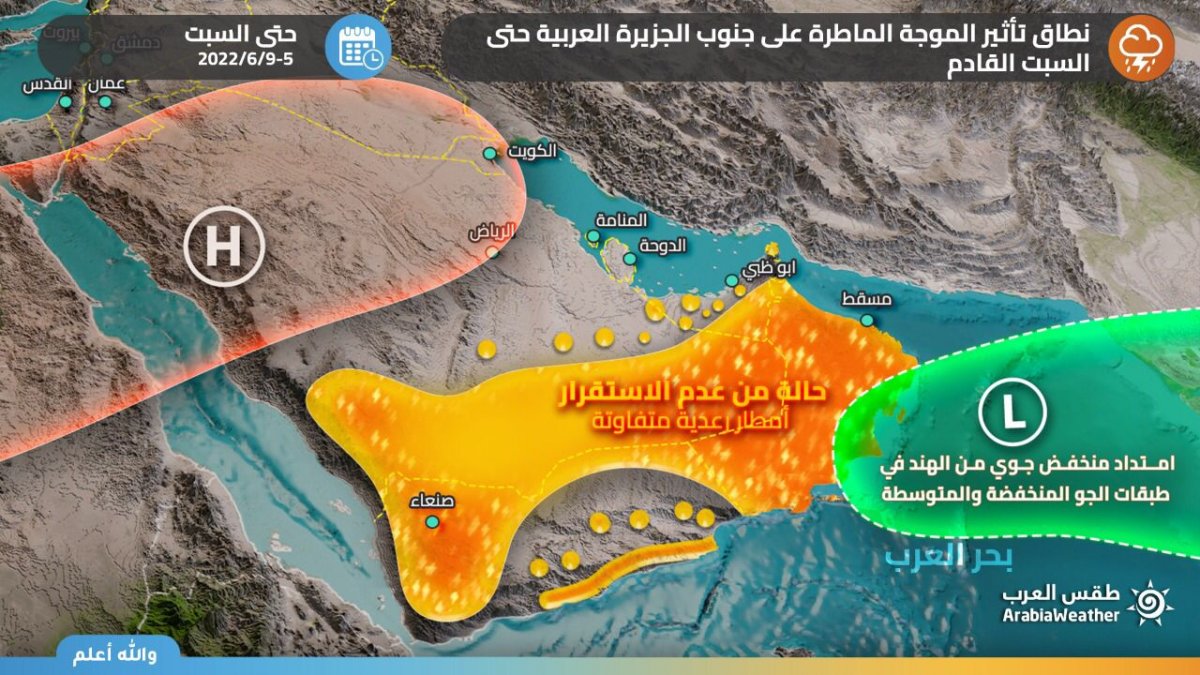 Continuing weather fluctuations and chances of rain in the Emirates

As for the UAE, it is expected to remain under the indirect effects of the monsoon depression, so that convective thunderclouds continue to form in separate parts of the country, concentrated on the eastern mountainous heights of the country and its neighboring regions. Downhill exciting dust and dust

The impact of low monsoon on Saudi Arabia begins

In the Kingdom of Saudi Arabia, the Empty Quarter desert is considered the most affected area of the Kingdom by the Monsoon depression, as it is expected that thunderstorms will multiply on Wednesday night and Thursday, and thunderstorms will fall from time to time, while some local thunder clouds are likely to form in the extreme south of the Riyadh region. This increases the possibility of scattered showers of rain in these areas.

In Yemen, it is expected that most of its regions, especially the mountainous sectors, will be affected by these weather fluctuations, where it is expected that cumulus thunderstorms will form and heavy rains will fall, causing the flow of valleys and torrents.