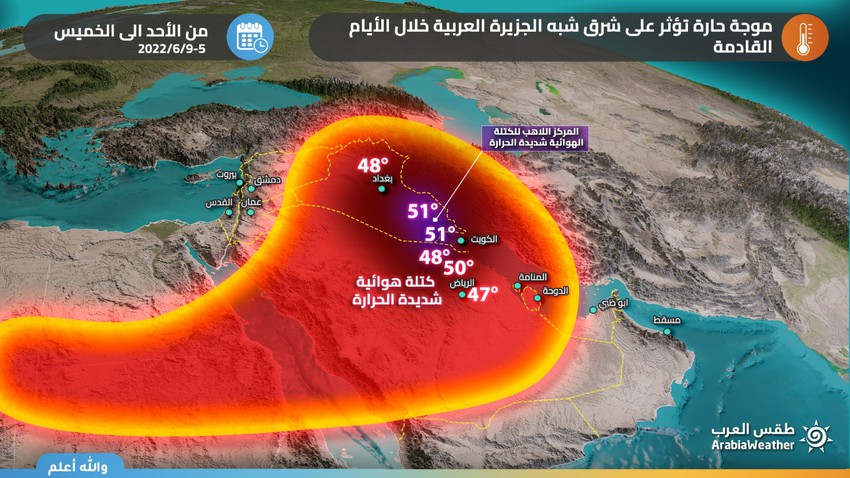 Weather of Arabia - The latest outputs of computer simulations of temperatures indicate that the eastern parts of the Arabian Peninsula will be affected by the first heat wave associated with temperatures exceeding 50 degrees Celsius during the coming days, in parts of Iraq, Kuwait and Saudi Arabia.

Temperatures approaching 50 degrees Celsius in Baghdad and exceeding them in Basra!

Expectations indicate that the Republic of Iraq will be one of the countries most affected by this heat wave, as temperatures are expected to rise from Sunday in Basra and the southern parts of Iraq to cross the 50 degree Celsius barrier, and around 48 Celsius in Baghdad,   The weather is very hot and exhausting. Especially in the afternoons and afternoons. 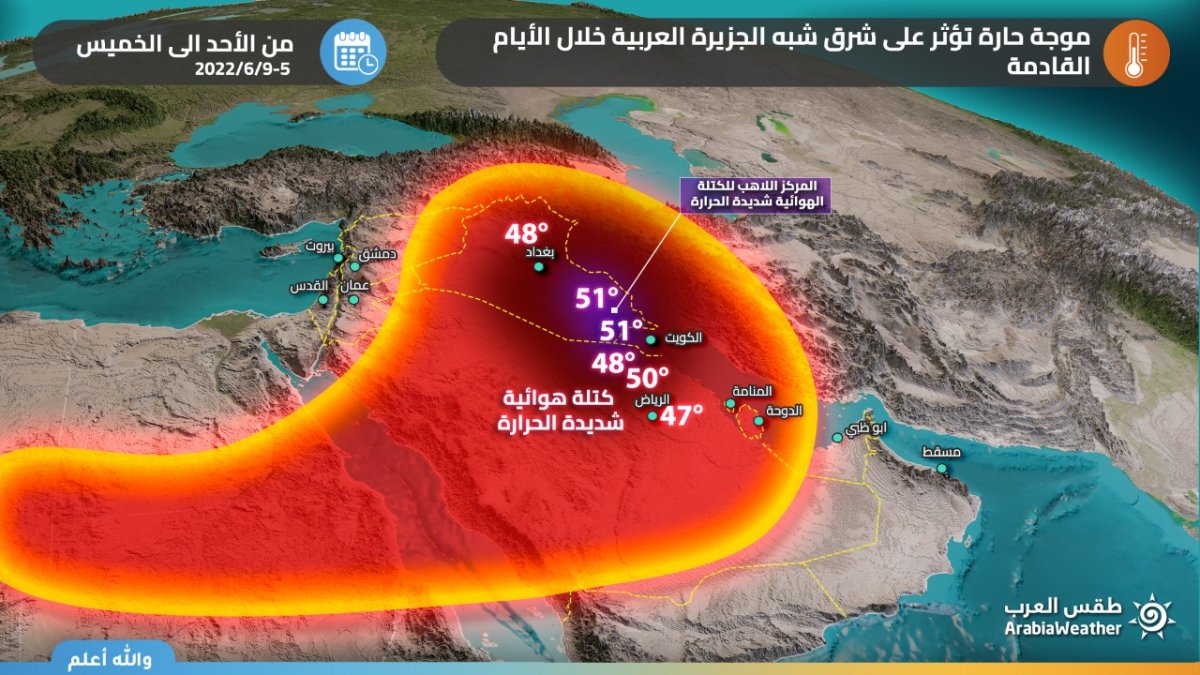 As for the State of Kuwait, it will also be under the direct influence of the intense heat of the air mass, and it is expected that most of Kuwait’s interior regions in the western and northern parts of the country, starting from the beginning of the week, will record temperatures around 50 degrees Celsius, and exceed that to record 51 degrees Celsius in Jahra on Sunday and Monday.

Approaching 50 in Hafr Al-Batin and Qaisumah

Important recommendations during the effect of hot mass

Arab weather warns of this huge and huge rise in temperatures, which would raise the possibility of heat stroke and heat stress, so we advise everyone to follow the following instructions: