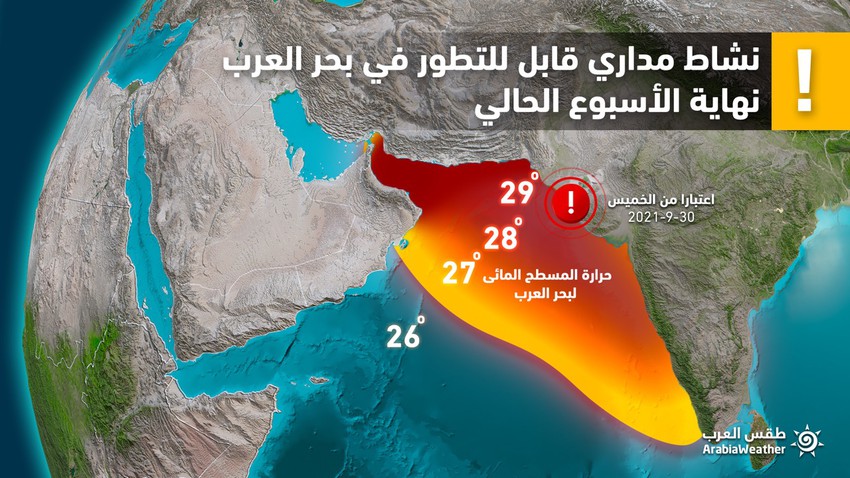 Several possible paths and eyes are on the Sultanate of Oman

According to the weather forecast staff at the Arab Regional Weather Center, it is expected that the tropical storm will develop when it enters the atmosphere of the Arabian Sea, and the numerical models differed in its path: 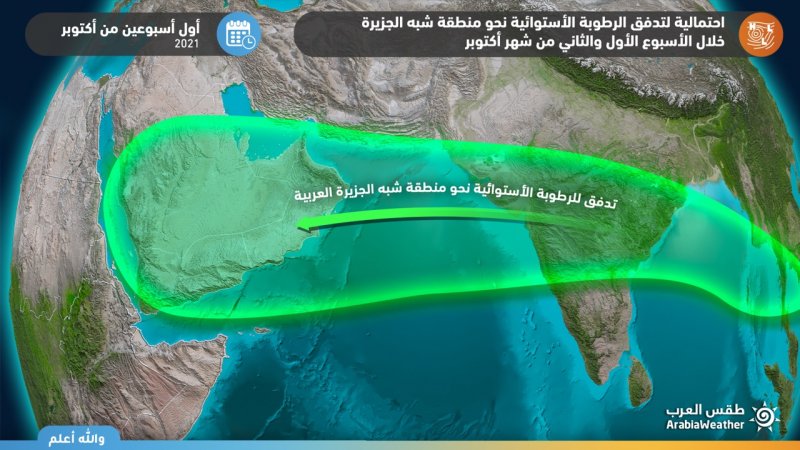 Why do we expect a further development of Tropical Storm Jallab in the Arabian Sea:

Tropical Storm Jallab is expected to witness further development as soon as it crosses the Indian lands and enters the atmosphere of the Arabian Sea, due to the surface temperature of the water, which is ideal for supporting depressions and tropical storms, as it reaches in the north of the Arabian Sea about 29 degrees Celsius, and in this case the sea water serves as a Operating fuel for this orbital system. 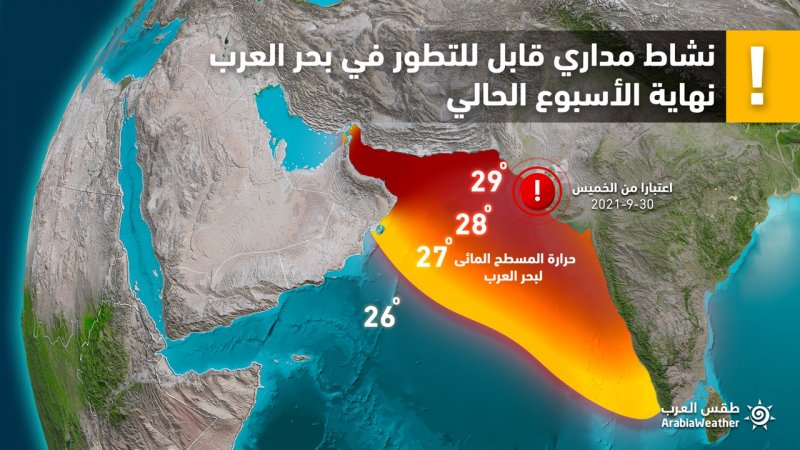 There is also another positive and important indicator that supports the development of the tropical state of Gulab in Bahr, which is the weakness of the shear winds in the northern part of the Arabian Sea, which are known to be the first killer of tropical systems in the event of their activity.

Shear winds are defined as the change in wind speed and direction in both vertical and horizontal directions, as these winds weaken and limit the vertical growth of cumulus thunderstorms, that is, they impede the process of increasing the thickness of the clouds, and thus become shallow and stratified and thus weaken the tropical system if they exist. 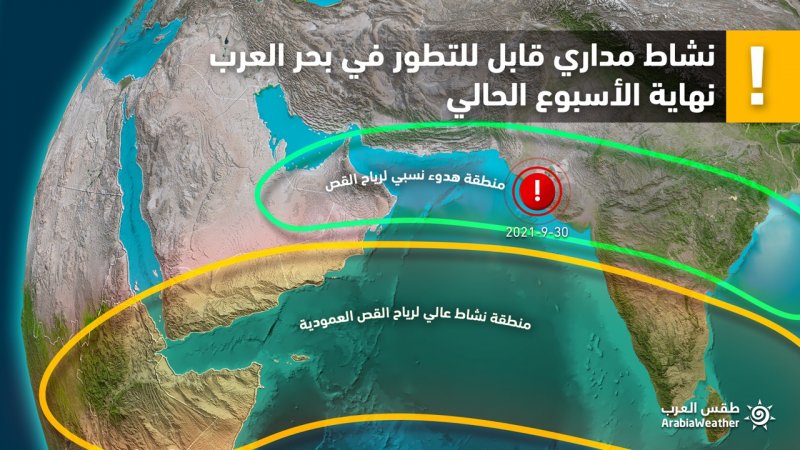 The course of the tropical state is still uncertain, as it is difficult to determine the path inevitably and accurately from now on, as numerical weather models find it very difficult in the process of monitoring, predicting and simulating tropical conditions, especially before the formation of the tropical state in the Arabian Sea, in addition to the large number of atmospheric variables, as the The possibilities are distributed between Pakistan and the Sultanate of Oman, and the Arab Regional Weather Center invites you to keep abreast of the news issued by the weather forecast cadre in the coming days regarding expected weather updates, through the Arab Weather application.

Update at 14:00 | Thunder clouds near the capital, Muscat, and more in the coming hours