In a rare event, the La Nina phenomenon ravages the atmosphere for the third year in a row 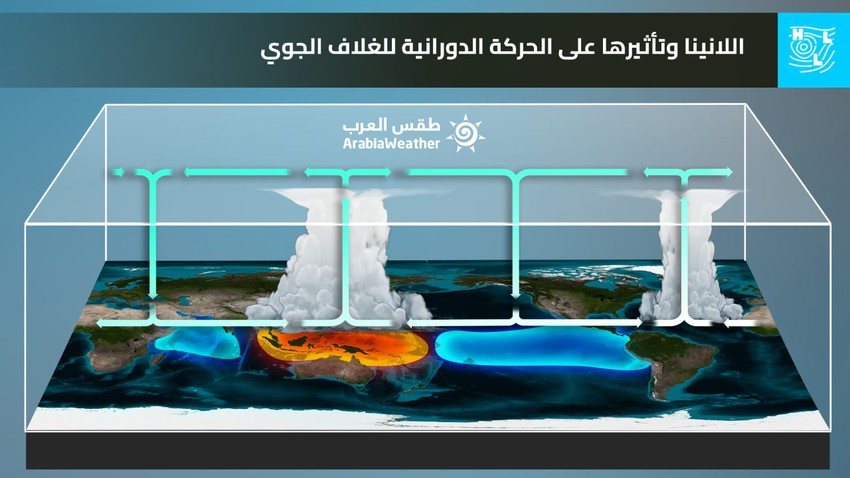 Weather of Arabia - Most of the monitoring centers and international agencies, including the National Oceanic and Atmospheric Administration (NOAA) indicate an expected continuation of the La Niña phenomenon during the coming summer by more than 60%, and the La Niña phenomenon means a decrease in surface temperatures of the waters of the tropical Pacific Ocean. than their general averages by more than half a degree Celsius.

Some long-term predictions even suggest that the La Niña pattern may continue until 2023, and if that happens, it will be the third event since 1950 (three consecutive Northern Hemisphere winters of La Niña conditions). 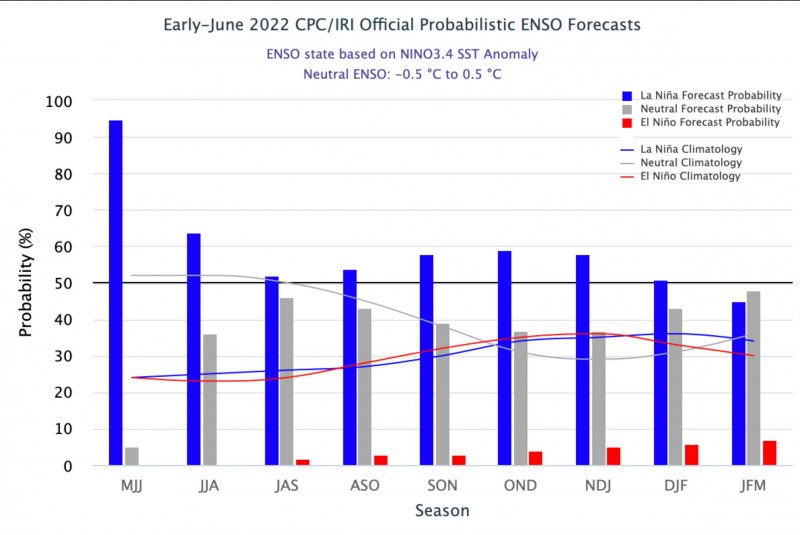 And about the extent of their effects, weather forecast experts said in Arab weather that they indirectly affect the movement of jet streams in the upper climatic layer of the atmosphere and atmospheric heights that arise at latitudes close to 30 degrees north, and are statistically related to poor rain performance or spacing / intermittent The chances of rain in general over the countries of the Arab Mashreq, and the control of semi-tropical air altitudes (from time to time) over the north of the Arabian Peninsula and Egypt, and at a higher rate than usual.

The La Niña phenomenon has an impact on a number of strong weather phenomena around the world, including an increase in the activity of Atlantic hurricanes, and its impact also extends towards the Indian Ocean.

The story of the La Niña phenomenon begins with the blowing of the trade winds from east to west in the equatorial region of the Pacific Ocean as a result of the Earth's rotation around itself. From the western Pacific Ocean, dense thunderstorms formed in the western Pacific, Australia and Southeast Asia, then the air moved again along the upper part of the troposphere, and as it moved upwards it cools and expands, and is in a transverse form in the upper layers, then converges to the top of this air Cold and descending along the eastern coast of the Pacific Ocean, forming a region of high atmospheric pressure, and this cycle is attributed to its discoverer, Walker. 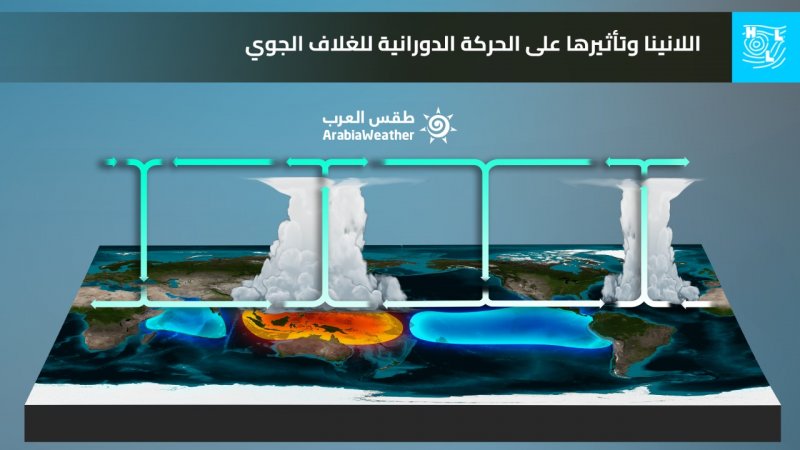 And when the La Niña phenomenon prevails, the water becomes warmer than usual in the western part of the Pacific Ocean, that is, the parts of the Australian continent, as we mentioned earlier, to increase the activity of thunderstorms and precipitation in those areas. These effects are only the beginning of the story of the La Niña phenomenon, as this rising air in the tropical Pacific Ocean branches away from the equator towards high latitudes, i.e. north and south within what is known as the Hadley cell circulation.

The La Niña phenomenon also causes increased cooling in the upper equatorial Pacific Ocean, and this leads to a striking change in the strength of the rotation of the Hadley cell to make the air flow towards the poles become less strong, and thus indirect effects on circulation patterns around the world, for example the movement of The location of the jet streams (which are very fast air currents at the top of the climatic layer in the atmosphere) and the air heights that arise at latitudes close to 30 degrees north, such as the subtropical atmospheric high.