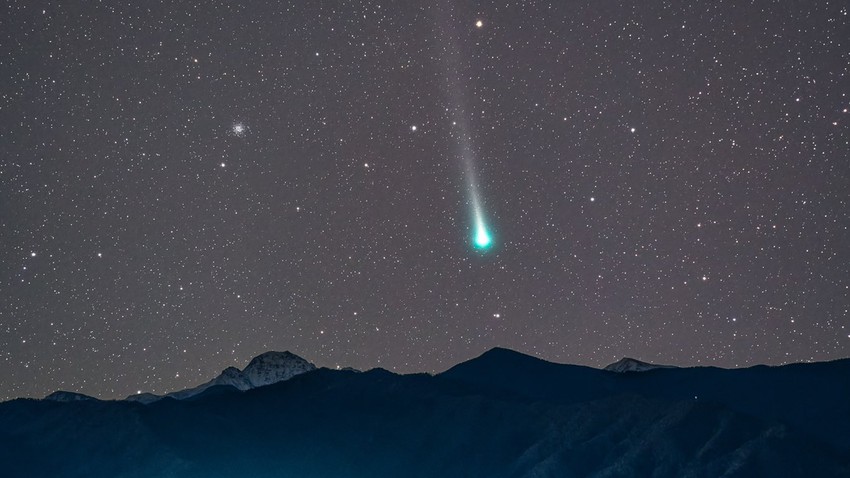 Weather of Arabia - It seems that astronomical events were hiding the best of it until the end of 2021, after the total solar eclipse that passed over Antarctica at the beginning of this December, the newly discovered comet Leonard will pass near the Earth this month, for the first time in 70,000 years.

Comet Leonard was first discovered on January 3, 2021 at the Mount Lemon Observatory in Arizona, USA, by Greg Leonard, senior researcher at the University of Arizona, and the comet was named after him, and within days from now the comet can be seen with the naked eye in a historical event that occurs once in age.

What makes Leonard's Comet so special?

Although the comet was discovered recently, it has been orbiting in space for a long time, but because of its long path, it rarely passes near our solar system. The sun will come out of our solar system, and will never be seen from Earth again, which makes observing this comet all the more exciting.

Comets are unpredictable and can often change their course, however, if Comet Leonard continues in its path, it appears in Earth's sky one to four times as bright as regular stars.

TV Intervention - The Kingdom | Increasing the intensity of weather events in the coming hours, God willing - details with Muhammad Al-Shaker