In the video, shocking morning scenes of the affected areas in the Omani coast due to Hurricane Shaheen 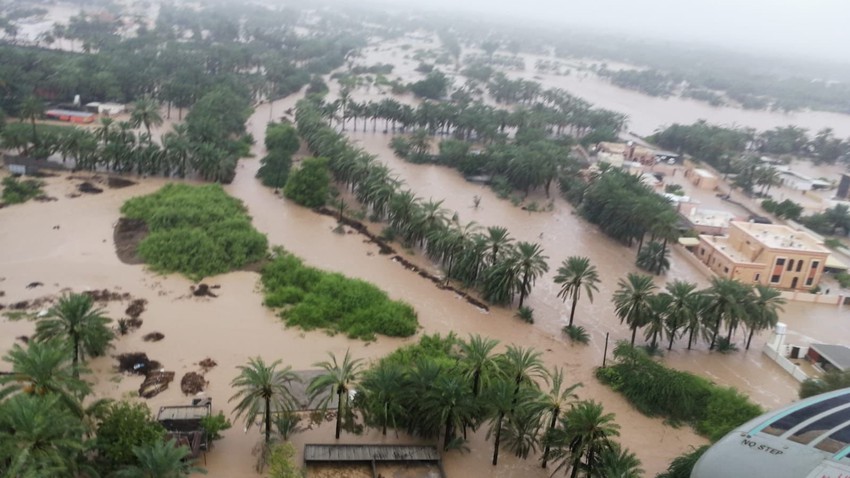 Weather of Arabia - The Sultanate of Oman announced the death and loss of others as a result of tropical cyclone "Shaheen" that hit parts of its coasts. The National Center for Emergency Management reported that there were two deaths as a result of the collapse of Jabal Ali, a housing for workers in the Rusayl Industrial Area, and this was preceded by the announcement of the death of a child who went missing "in one of the water bodies formed by the tropical cyclone."

Some flights to and from Muscat International Airport were suspended due to the cyclone, "to avoid any risks that may result from the direct impact" of the climatic atmosphere. The Omani authorities had announced an official holiday on Sunday and Monday.

This morning, the Omanis shared shocking scenes of the cyclone's effects, showing flood waters submerging roads, homes and vehicles, and scenes of collapses in some homes. God help them.

A part of the rescue operations by helicopter on Monday morning 4/10/2021 in the Omani coast after the passing of Hurricane Shaheen # Shaheen # Cyclone_ Shaheen # Tropical Status # Oman # Bahr Al Arab pic.twitter.com/cSmns6ks6s

We ask God safety for the residents of the region # scenes of aerial # trader # Shaheen # Kpaorh # manufacturer # Suwaiq pic.twitter.com/I04MM60bgb