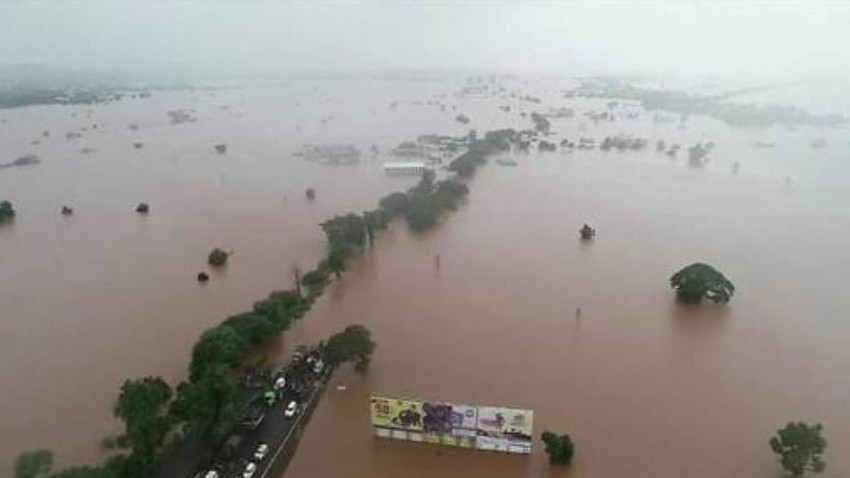 ArabiaWeather - More heavy rains in the state of Karnataka in India on September 21 caused floods in separate areas of the state.

Local media reported two deaths, while two people are still missing after being swept away by flood waters in the state.

The Indian Central Water Committee stated that heavy rains caused a rise in the water level in the state, which prompted the authorities to issue warnings in those areas, and local media said that several rivers destroyed their banks, which led to the destruction of at least 4 bridges.

Some 135 people stranded in the floods were rescued by fire and emergency services personnel, and those evacuated were housed in temporary accommodation.