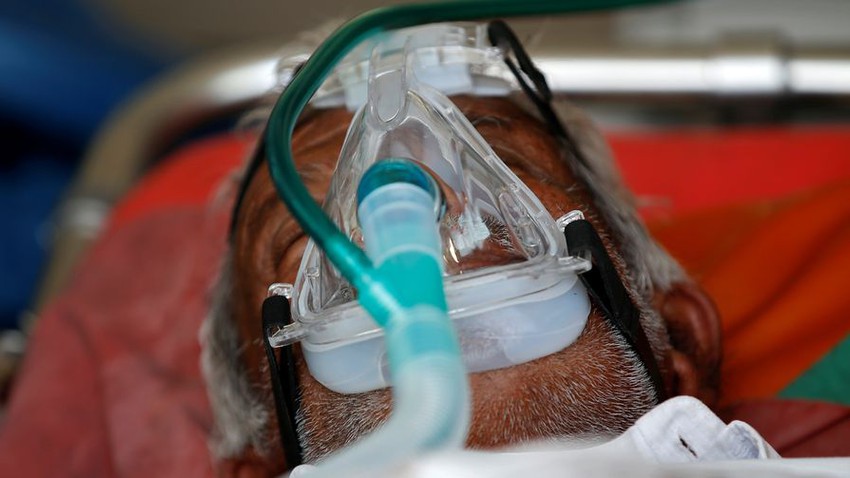 Arab Weather - New infections with the Coronavirus in India recorded record numbers for the fifth day on Monday (April 26), and countries including Britain, Germany and the United States pledged to send urgent medical aid to help fight the crisis that plagues India's hospitals.

Although some cities in India have been closed to remedy the crisis, the imposition of restrictions in an irregular manner, such as holding local elections and mass festivals, may lead to the spread of the disease elsewhere, as infections rose by 352,991 in the past 24 hours, with the supply of oxygen depleted. And the family in crowded hospitals.

In some of the worst-affected cities, such as New Delhi, bodies have been cremated in makeshift facilities that provide collective services. NDTV broadcasted pictures of three health workers in the eastern state of Bihar dragging a corpse to the ground to take to the crematorium, where stretchers are out of stock .

Health Ministry data showed that India, which has a population of 1.3 billion, has an official toll of 17.31 million injuries and 195,123 deaths, after a toll of 2,812 deaths yesterday, although health experts say the numbers may be higher.

This crisis caused oil prices to plummet as traders feared a drop in fuel demand in the world's third largest oil importer.

Earlier, Prime Minister Narendra Modi urged all citizens to be vaccinated and to exercise caution, while hospitals and doctors issued urgent notifications stating that they were unable to deal with the large and growing number of patients.

Modi's call for vaccinations came after vaccinations peaked at 4.5 million doses on April 5, but since then they have averaged around 2.7 million per day, according to government figures.

Several cities halted vaccination operations in some places on Sunday due to a lack of supplies, as demand for vaccines exceeded as the vaccination campaign expanded this month, while companies are struggling to increase production, partly due to a shortage of raw materials and the fire at a facility producing AstraZeneca. .

Doctors also said that hospitals in some cities are facing acute shortages of oxygen, especially in smaller hospitals, which do not have central oxygen lines.