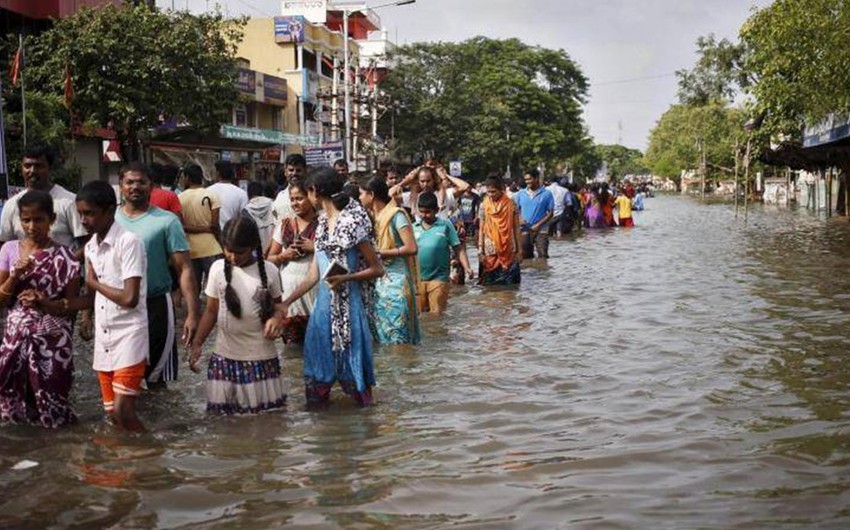 Arab Weather - The disaster authorities in the state reported a third wave of floods, days after heavy rains, on September 22nd.

Heavy rains also affected the neighboring state of Meghalaya, where 13 people died in floods and landslides .

The Assam State Disaster Management Authority reported that one person has died and that 317,977 people in 389 villages were affected by the recent wave of floods. At least 117 people residing in relief centers have been displaced, and a number of homes have been damaged.

It is noteworthy that millions of people have been affected by the monsoon floods in Assam, which began in May this year and continued until now .

According to the Department of Disaster Management in India (DMD) , 119 people have died as a result of floods and 26 others have died in landslides during this year.

The floods began to recede in early September, however, after a short respite, a second wave of floods struck in mid-September affecting more than 100 villages in 4 counties in the eastern state .