Iraq | 10 dust storms have been recorded since last January..and `Al-Anwaa` explains the reasons 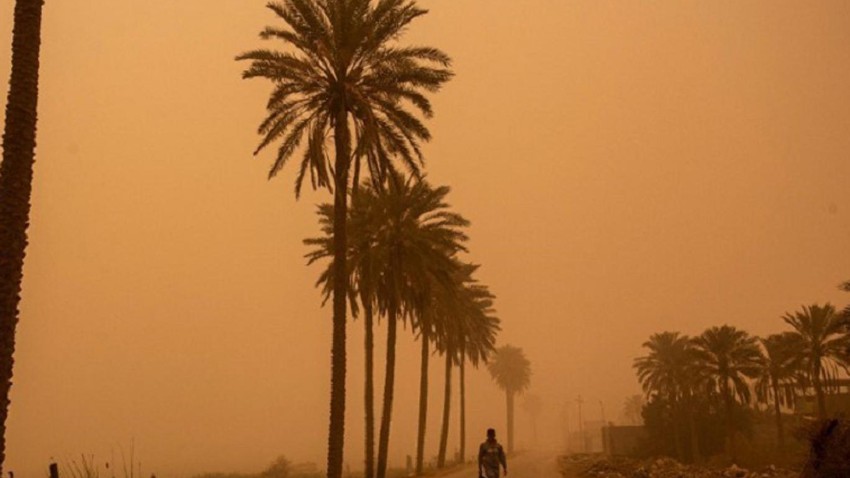 Weather of Arabia - The Meteorological Authority in Iraq announced, on Monday, the registration of a total of 10 dust storms since last January, while explaining the main reasons for their continuation.

The director of the Meteorological Authority's media, Amer Al-Jabri, told Al-Iraqiya News, "The authority has recorded 10 storms since January 25, as a result of weather fluctuations."

He added, "In the months of April and May, pressure systems begin to recur, and this year a new depression entered from North Africa and the Sahara, and it affected two levels: high temperatures and rising dust."

He added, "The reason for the recurrence of dust waves is the exploitation of air depressions, the fragility of the soil in Iraq, and strategic measures should be taken," praising the Green Belt project implemented by the Husseiniya and Abbasid shrines in Karbala to combat desertification.
He stressed the necessity of expanding small projects to combat desertification, such as the project implemented in Karbala, in order to implement large strategic projects, because big results cannot appear in one or two years.

He stressed that "it is difficult to anticipate the dates of dust storms in advance for the next week or two," noting that "climate change has caused global warming and is a major reason for the outbreak of dust storms and temperature changes."

He suggested that "dust storms will recur this summer due to the expected thermal differences that will continue to occur in the atmosphere," noting that "the depressions that cause dust-laden winds often come from the western region of Iraq due to their widening and due to the rapid movement of winds."