Iraq | A cold, humid air mass is pushing out from the Levant from Thursday and during the weekend 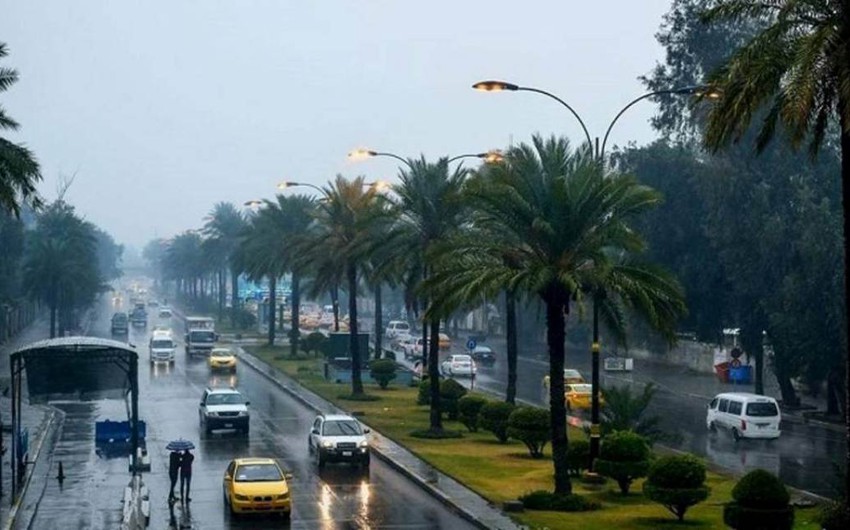 Arab Weather - The latest numerical output indicates the rush of a cold and humid air mass towards a country coming from the Levant, starting from Thursday and during the weekend, when temperatures drop and a relatively cold to cold atmosphere prevails during the day over mountain heights, and tends to be cold over the rest of the regions, while the The weather is relatively cold in general at night, and cold to very cold over the mountain heights, with the formation of frost and possibly snow in those areas, and the winds are variable in direction and moderate speed, activating sometimes in some areas and raising dust and dust.

The cold and humid air mass is accompanied by precipitation in large areas of the country as of Thursday, as the rains begin to fall from the western regions of Iraq and extend successively towards the central and eastern regions and reach, including the capital, Baghdad, during the hours of Thursday / Friday night, and the rains of varying intensity And abundant in some areas, especially the northern ones, with fewer chances of rain on Friday, and precipitation confined to parts of northern Iraq.

Heavy snow is expected on the northern mountains during the effect of cold air mass!

It is expected, "God willing," that the cold and humid air mass will be accompanied by snowfall throughout the northern mountainous highlands in Iraq, where the snow is expected to be heavy at times, with its accumulation in a way that hinders public life in those areas.

Frozen fog on the northern heights at dawn Saturday!

Humidity rises during the hours of Saturday dawn and the winds subside with a significant drop in temperatures, as conditions are suitable for fog to form in many and dispersed regions of Iraq, and it is expected that the so-called freezing fog will form in the high mountain heights as a result of the temperature drop below zero degrees Celsius In those areas.

And frozen fog is a term used to describe fog when the air temperature reaches freezing point or below it, and when a surface is exposed to frozen fog, frost forms on it, and this is one of the dangers of freezing fog, as it affects the roads and causes slips for cars and pedestrians, and the frozen fog is attached to the surface that connects With it, such as trees, telephone poles, cars and rails. When the air temperature is very cold ( less than zero degrees Celsius ), the water droplets in the fog freeze or turn into ice crystals, and then the fog becomes an ice fog.