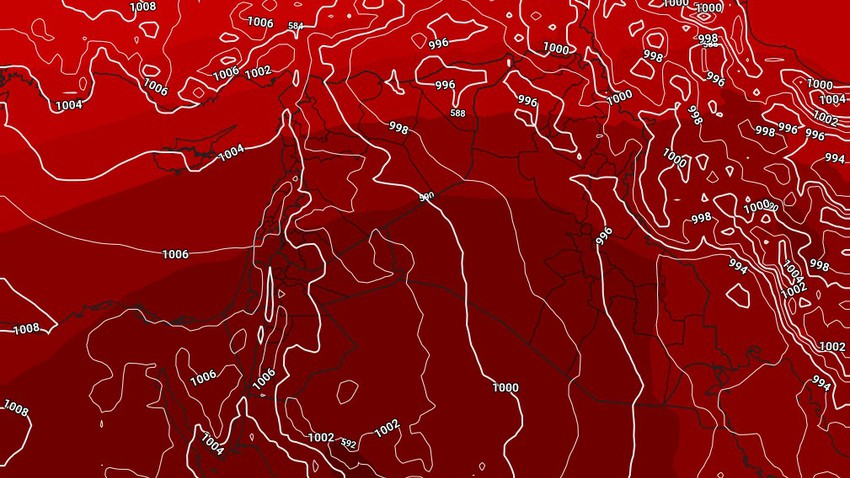 Arab weather - there is a clear decline in the intensity of the very hot air mass, so that temperatures drop remarkably compared to the past days, but remain higher than their normal rates for this time of the year by about two degrees Celsius, and the weather is very hot in all regions.

Winds will be northwesterly moderate, energizing and accompanied by strong gusts at times, stirring dust and dust in many areas.

A drop in night temperatures on Thursday/Friday night

There is a decrease in night temperatures compared to the previous nights, and the weather at night hours is hot in all regions, especially in the hours of the first part of the night, with the exception of the western regions where the weather is relatively hot, and the southern regions have very hot weather.

The winds will be northwesterly, light to moderate, sometimes active over some areas, especially the eastern ones.