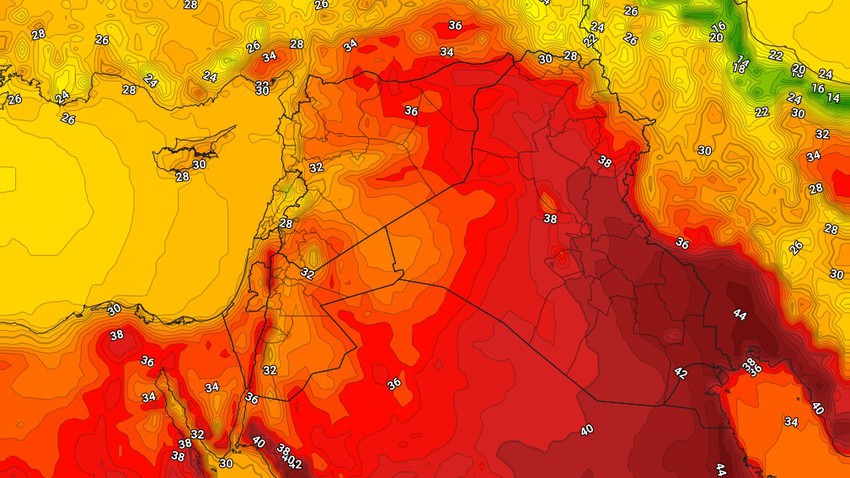 Arab weather - there is a clear decrease in temperatures to become around their rates for this time of the year, and the weather is generally hot, very hot in some central and southern regions, touching temperatures from the mid-40s in some cities and southern neighborhoods, including Basra, Clouds appear at medium altitudes in some parts.

The winds will be northwesterly moderate to brisk, with strong gusts that touch the 70 km barrier in some areas and work to raise dust and dust intensely, and may form dust waves, especially in the southeastern regions, and the dusty weather includes the capital, Baghdad.

There is a decrease in night temperatures compared to the previous nights, and the weather at night hours is pleasant in the western regions, and pleasant to relatively cold in the northern highlands, relatively hot to hot in the rest of the regions, so that temperatures are around 30 degrees Celsius in the capital, Baghdad during the late night hours .

Winds will be northwesterly, moderate in speed, sometimes active over some areas, and they will cause dust in the areas.