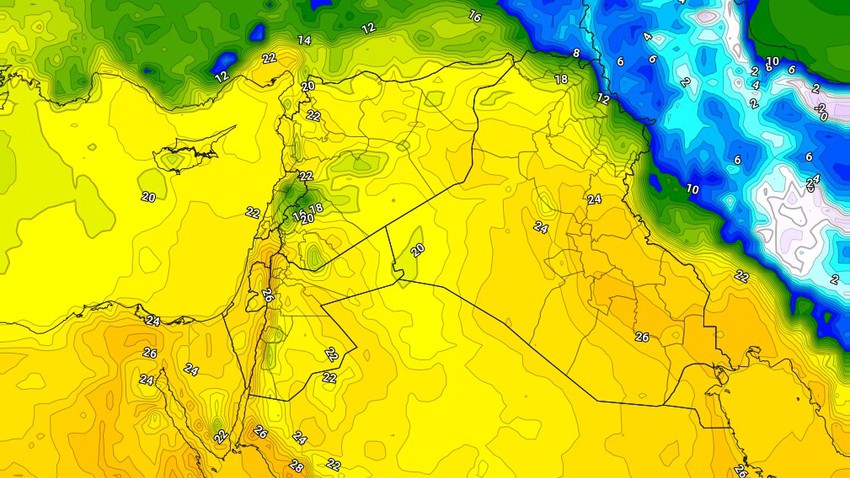 Arab weather - temperatures drop again to become around their rates for this time of the year, and the weather is pleasant to cold in the western and northern regions, pleasant in the rest of the regions.

With the appearance of clouds at different heights, and showers of rain in limited and random parts, especially the southern and eastern ones.

The winds are variable, light to moderate in direction, sometimes active over some areas.

A decrease in night temperatures compared to previous nights

There is a decrease in night temperatures, and the weather is bitterly cold in the northern mountainous heights with the formation of frost and freezing in some peaks as a result of low temperatures to approximately zero degrees Celsius, while it is cold in the northern and western regions, relatively cold in the rest of the regions, with the continued appearance of clouds at altitudes Different, with the possibility of limited showers of rain over some areas.