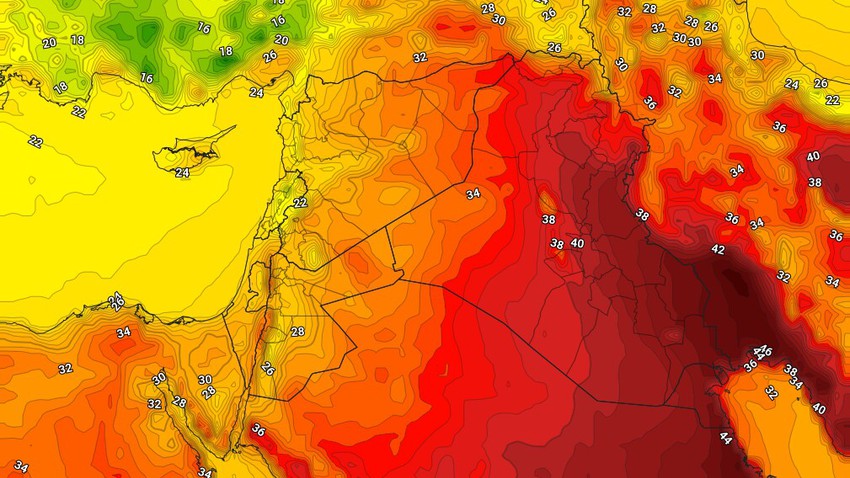 Arab weather - there is a decrease in temperatures on Wednesday, and the weather will be relatively hot in the western regions, and hot to very hot in the rest of the regions, with the appearance of some clouds at medium altitudes, especially in the western regions, and moderate to active northwest winds are expected, accompanied by gifts Strong winds cause dust and dust in many Iraqi regions and cities, including the capital, Baghdad. Wind gusts in Baghdad exceed the 60 km/h barrier, while they are higher in the southern regions.

Cold to moderate weather in some areas at night

Night temperatures decrease compared to the previous nights, and the weather is pleasant to cold in the western regions, and moderate to relatively hot in the rest of the regions, especially the southern parts of them, with the appearance of some clouds at low altitudes in the western regions, and the winds are northerly moderate speed, active sometimes and be Dust in some areas.