Iraq | A five-year depression centered over the southern regions on Monday, accompanied by dusty weather 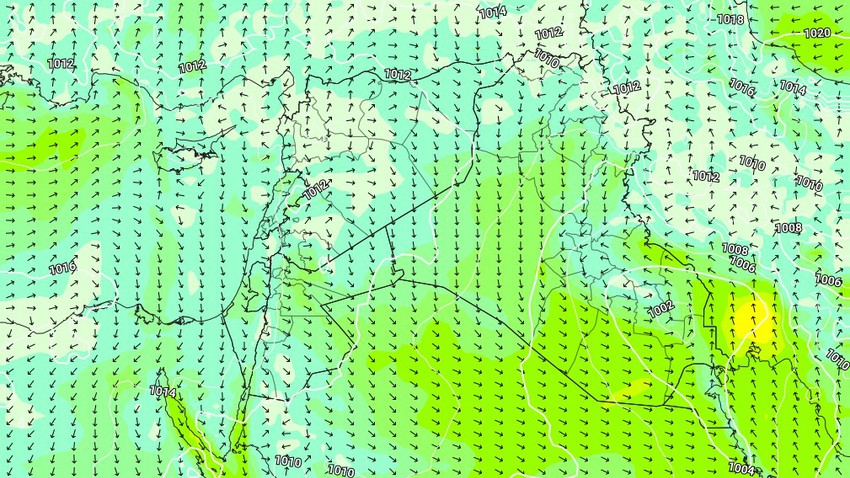 Arab weather - It is expected, God willing, that the central and southern regions will be affected by the first five-year depression, so that temperatures will be slightly higher than their rates for this time of the year, and the weather will be very cold in the northern mountains, tending to cold in the western and northern regions, warm in the rest of the regions.

With the spread of amounts of clouds at different heights, the opportunity is ripe for showers of rain in the far northern regions.

The winds will be northwesterly to southeasterly, moderate in speed, accompanied by strong gusts in the southern and eastern regions, causing dust and dust in those regions.

Clouds will continue to appear at different altitudes, and the opportunity remains for local showers of rain in the far northern regions.

Winds will be northwesterly moderate, active at times in the southern regions.