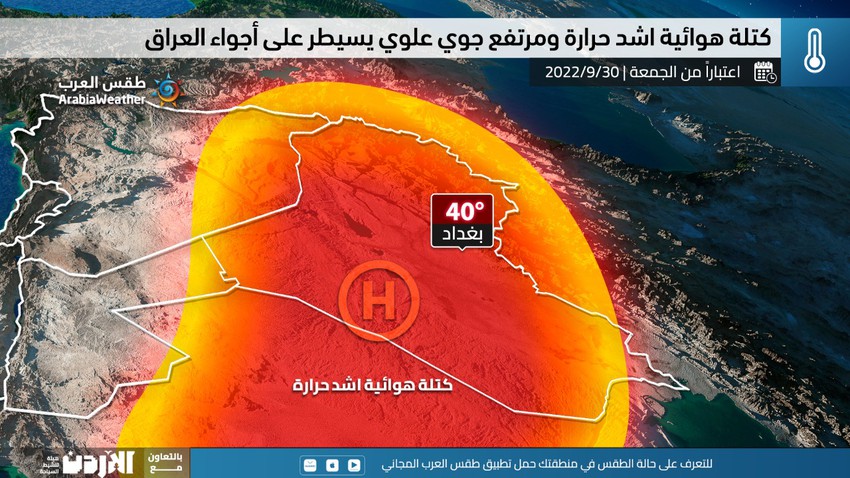 Arab weather - after the country was affected by an air mass with temperatures lower than the usual rates and located above the country’s atmosphere, and as a result the temperatures dropped to autumn levels, it is expected that this autumnal atmosphere and less heat than usual will continue until the end of this week, to rise again This was done by the will of God.

In the details, the weather maps indicate expectations that Iraq will be affected gradually, starting on Friday, with a hotter air mass, temperatures rising to the end of the thirties Celsius in most areas, and the temperatures continuing to rise early next week, to become around slightly higher than their usual rates, and the weather is hot In most areas during the day, it becomes very hot for a short period with the afternoon hours, God willing. 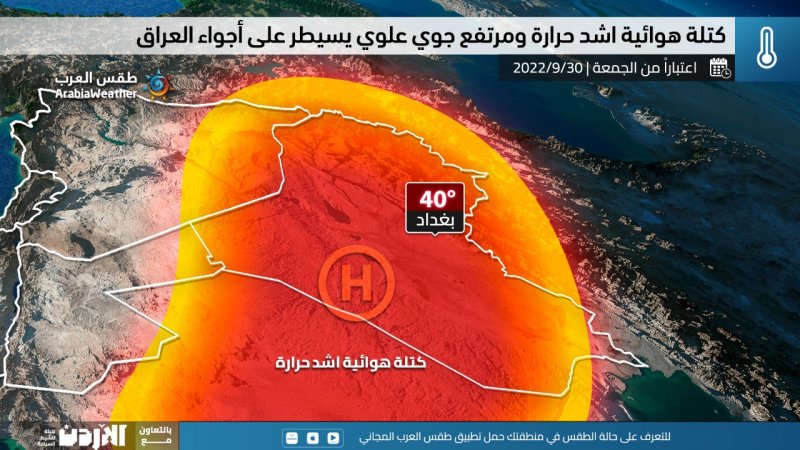