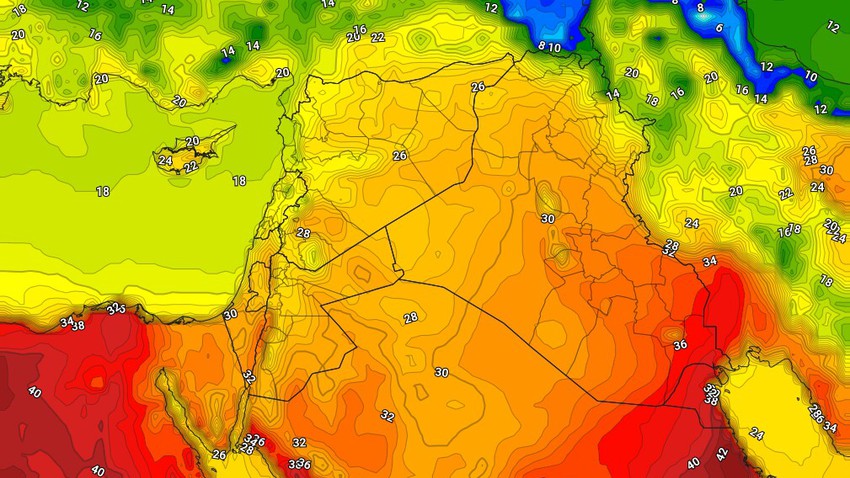 Arab weather - It is expected, God willing, that temperatures will drop slightly on Thursday, but remain higher than their rates for this time of the year, and the weather will be pleasant in the northern mountains, relatively hot to hot in all regions.

With the appearance of clouds at medium and high altitudes, especially in the northern regions, there is a possibility of local showers of rain in parts of the far north of the country, sometimes accompanied by thunder.

Winds will be northwesterly moderate to brisk, accompanied by strong gifts in many areas, where the weather is dusty at varying rates.

There is a decrease in temperatures at night, and the weather is cold in the northern mountains, but it is warm in the rest of the regions during the hours of the first part of the night, and the weather tends to be moderate with the late night hours and dawn in many areas, with the continued appearance of clouds at medium and high altitudes, It is also possible that local showers of rain will fall in limited parts of the northern regions.