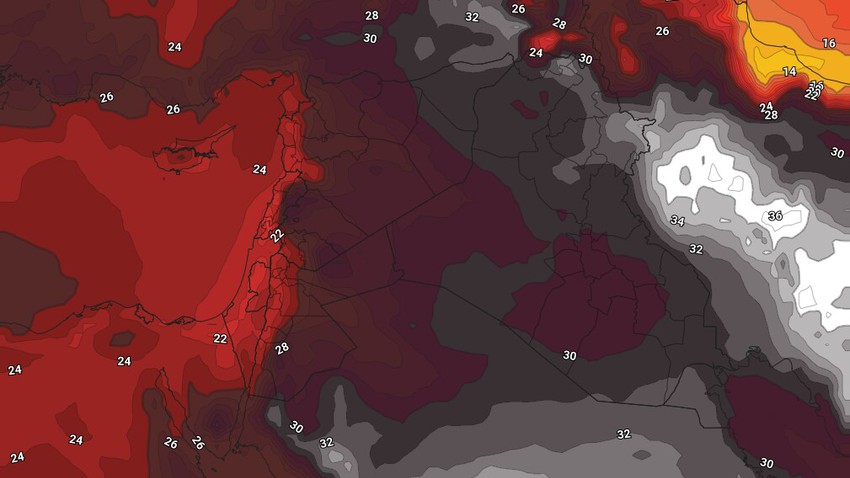 Arab weather - there is a slight rise in temperatures, and they remain slightly above their normal rates for this time of the year, and the weather will be hot in the western and northern regions, and very hot in the rest of the regions, with the appearance of some medium and high clouds, especially in the northern regions.

Thunder showers of rain are possible on parts of the northern mountainous heights, particularly in the border areas.

The winds are variable in direction and light to moderate in speed, sometimes active over the northern areas, while northwesterly moderate to active speed over the rest of the areas, working to raise dust and dust.

The weather is relatively hot in the northern highlands and western regions, and turns to mild during the late night hours, and the weather remains hot to very hot in the rest of the regions.

Thunder showers of rain are possible on parts of the northern mountainous heights, particularly in the border areas.

The winds will be easterly to northwesterly, moderate in speed, and may be active at times over some areas.