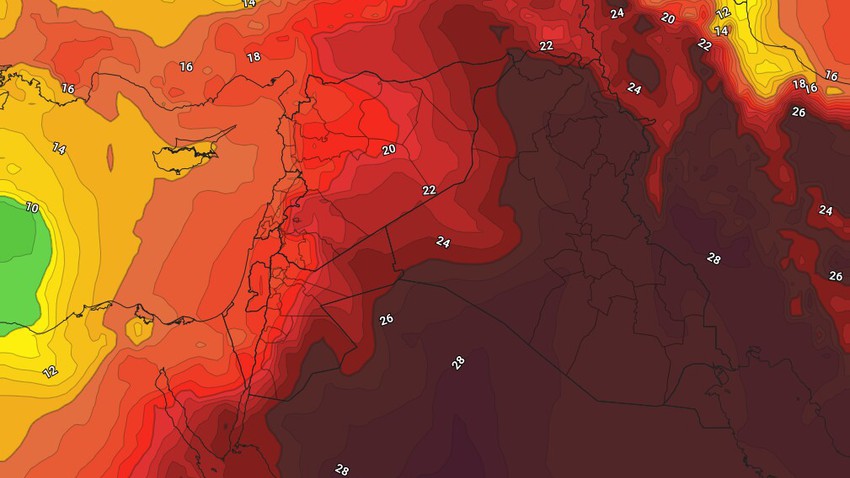 Arab Weather - Weather maps, through computer simulation models, show expectations of an intensification of the subtropical air altitude over Iraq's atmosphere during the coming days, coinciding with the blowing of very hot and dry southern winds, causing a gradual rise in temperatures in most areas, God willing.

In the details, it is expected that temperatures will gradually rise during the coming days, becoming several degrees higher than their usual rates for this time of the year, and the weather will be generally clear, hot and dry in most areas, turning with noon and juice hours to very hot and reaching at that time. Great in most major areas, including Baghdad, the beginning of the forties, and the winds are south to southeast, light to moderate, sometimes active in the south and west of the country and raise some dust and dust. 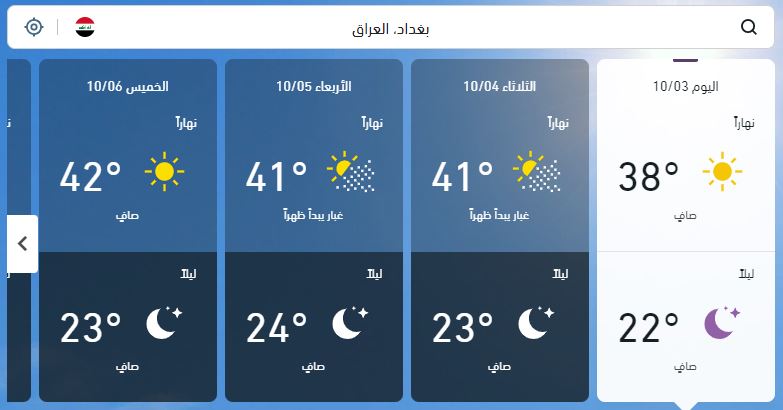 Night temperatures are expected to rise compared to previous nights, and relatively hot weather prevails in most areas, God willing.