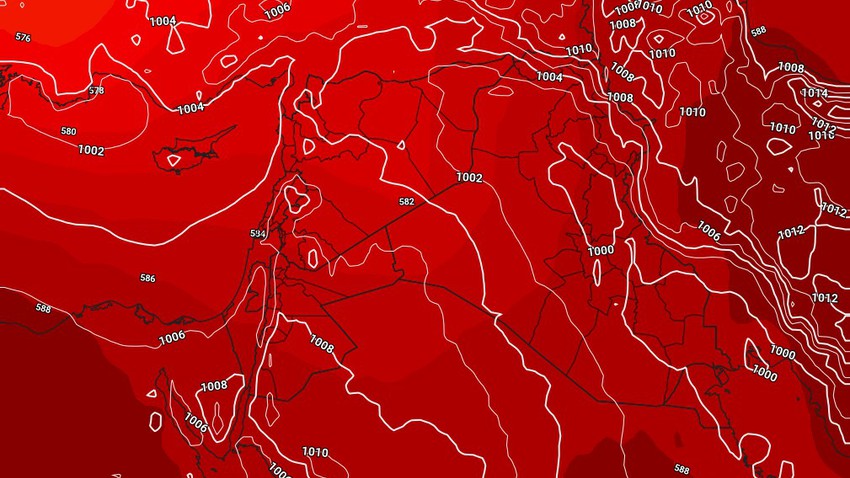 Arab weather - It is expected, God willing, that there will be a rise in temperatures during the weekend to be several degrees higher than their rates for this time of the year, and the weather will be hot in the western and northern regions, and very hot in the rest of the regions so that temperatures approach the end of forty degrees in parts of southern Iraq.

The winds will be northwesterly to northeasterly, moderate in speed, energizing at times and causing dust and light dust in the central and southern regions.

Medium and high clouds and chances of thunderstorms continuing

Clouds appear at medium and high altitudes, especially during the weekend, and the possibility remains weak for local thunderstorms of rain over random areas of Iraq. Opportunities are concentrated in parts of the northern highlands, and the possibility includes the capital, Baghdad.

Hot weather at night in different parts of the country

The weather at night hours is relatively hot in the western and northern regions, while the weather is hot in the rest of the regions, during weekend nights, and high and medium clouds continue to appear so that the opportunity remains for showers in random parts.