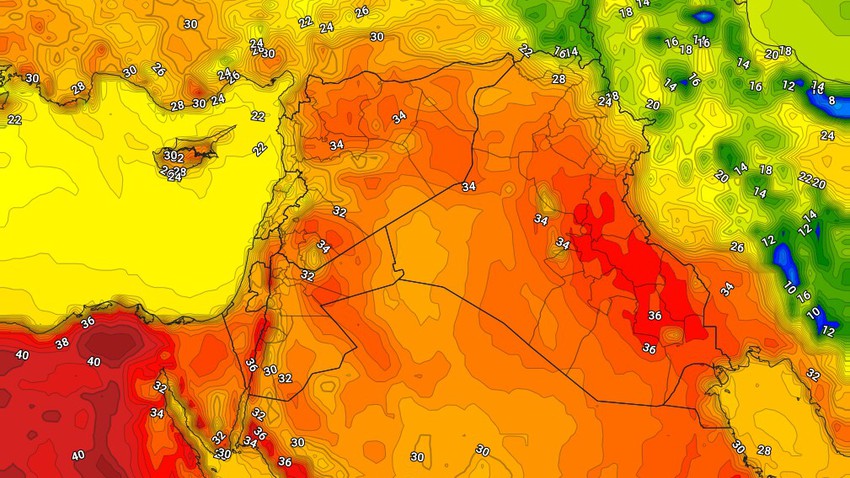 Arab Weather - Temperatures rise on Monday to become around their normal rates for this time of the year, and the weather turns to be relatively hot to hot in general, with the exception of the northern mountainous highlands, and clouds appear at medium and high altitudes and there is a possibility of thunderstorms of rain in parts of the northern highlands The eastern and southeastern regions, and includes opportunities including Sulaymaniyah and Basra, and the winds will be north to northwesterly, light to moderate speed, and sometimes active over the western and southwestern regions.

The weather is also warm at night hours, and medium and high clouds continue to appear, and the opportunity remains weakly prepared for rain, limited by rain in limited parts, and opportunities disappear with the passage of the night hours, and the winds are volatile and light to moderate speed. The winds are variable directional and light to moderate speed.