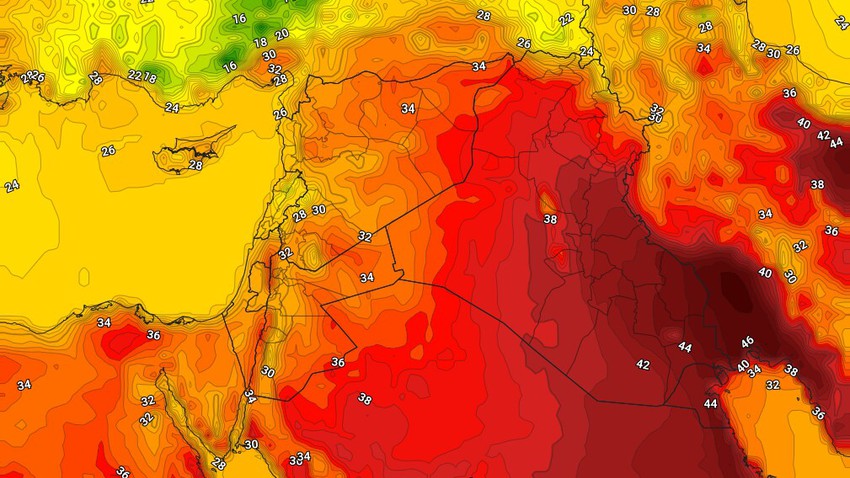 The weather will be relatively hot to hot during the night hours, but it will become pleasant in the late hours of the night and during the dawn, in parts of the western regions in addition to the northern mountains.

The winds are northwesterly, moderate in speed, sometimes active in some areas, and they are dusty when active, especially in the south.