Iraq | A significant drop in Sunday temperatures, while the chances of rain remain available in some areas 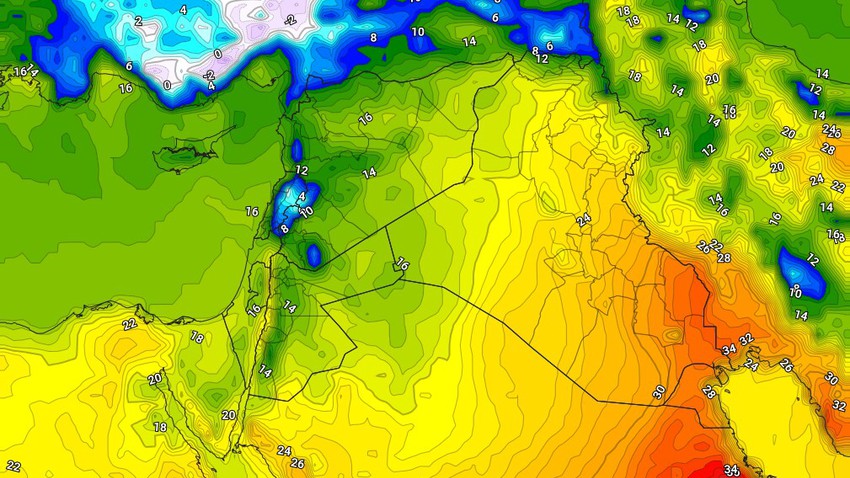 Arab Weather - There is a significant drop in temperatures on Sunday, and the weather is cold over the northern mountainous highlands, and relatively cold over the western regions, and it turns from hot to moderate in the rest of the regions, with the appearance of clouds at different heights, and the chances of rain and perhaps showers of snow remain Over the steep peaks of northern Iraq in the border areas with Turkey and Iran, the winds are westerly to northwesterly moderate, and are accompanied by active gusts that raise dust, and the gusts are strong in the west and far east of Iraq.

There is also a significant decrease in nighttime temperatures compared to previous nights, and the weather becomes very cold over the northern highlands, cold in the western regions, and relatively cold over the rest of the regions, with the continued appearance of clouds at different altitudes and the chances of rain gradually decrease from the northern heights of the country. Stability, and the winds are light and changeable, sometimes active in the far south of Iraq.