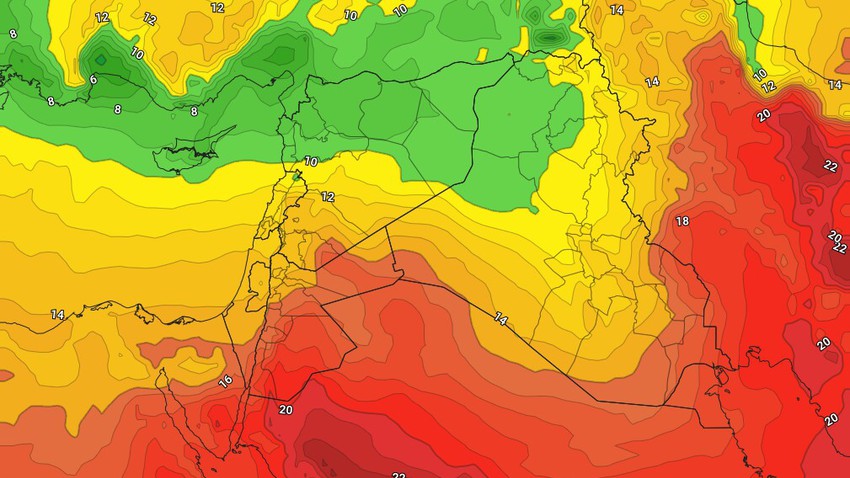 Arab Weather - The temperatures rise on Wednesday, and the weather is relatively cold over the northern highlands, moderate in the rest of the regions, and relatively hot in the southern parts, with clouds dispersing at different heights, and the winds are northwesterly moderate, and are active sometimes, especially in the southern regions and work on Stirring dust and dust when active.

Also, there is a greater increase in nighttime temperatures compared to previous nights, and the weather becomes warmer than usual in the early hours of the night, tends to be cold in the late evening hours, and the winds are fluctuating in direction and light to moderate speed, sometimes active in parts of the east of the country.