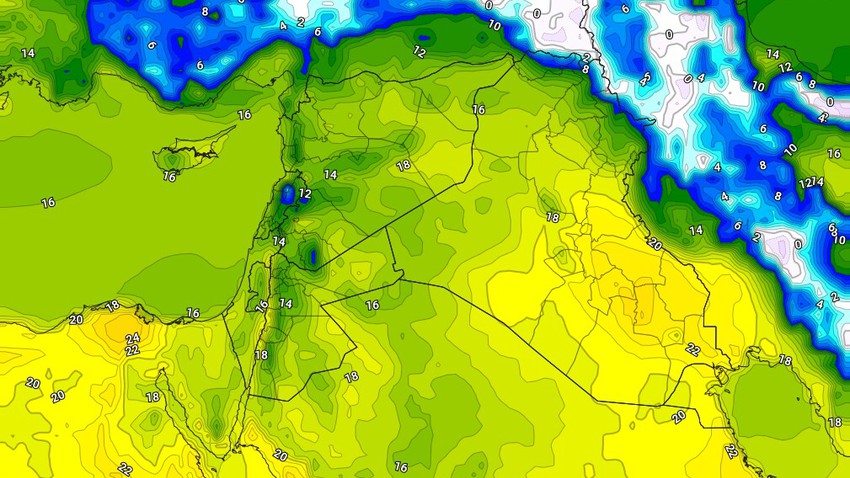 Arab weather - there is a slight rise in temperatures to become slightly higher than their rates for this time of the year, and the weather is cold in the northern peaks, and tends to be cold in the northern and western regions, and moderate in the rest of the regions, especially the southern ones, where the temperatures are in the twenties, and clouds appear at different altitudes.

The winds are northwesterly, moderate in speed, active at times, and cause dust and light dust when active, especially in the southern regions.

Amounts of clouds appear at different heights, and there is an opportunity for showers of rain after midnight on the northernmost border areas.

With a significant increase in surface humidity, the humidity level exceeds 90%, and fog is likely to form over separate areas of the country.

The winds are variable and light to moderate in speed.