Iraq | A slight rise in temperatures on Monday, and dusty northwest winds continue to blow 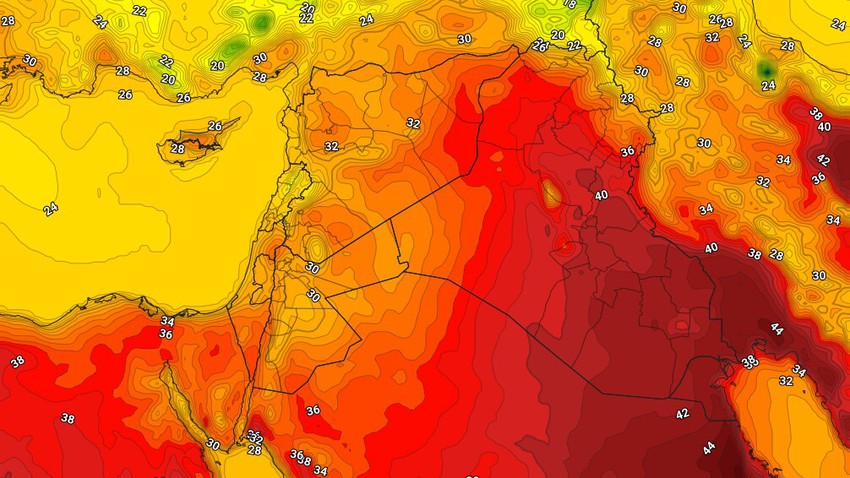 Arab weather - It is expected, God willing, that there will be a slight rise in temperatures on Monday, to become around slightly less than their rates for this time of the year, but the temperatures will decrease in the most southern regions, and the weather will be hot in the western regions, and very hot in the rest of the regions, coinciding with With the appearance of clouds at medium and high altitudes in some areas.

Maximum temperatures touch the mid-thirties in the west, while they are around the forties and slightly higher in the north-central regions, including the capital, Baghdad, while they are in the early forties of the southernmost regions.

Winds will be northwesterly moderate in speed, active at intervals and raise dust and dust in many areas, and the winds are accompanied by strong gusts in the southern areas, which leads to the formation of dust waves in those areas.

The weather will be relatively hot to hot during the night hours, but it will tend to be moderate in the late times of the night and during the dawn, especially in parts of the western and northern regions in addition to the northern mountains.