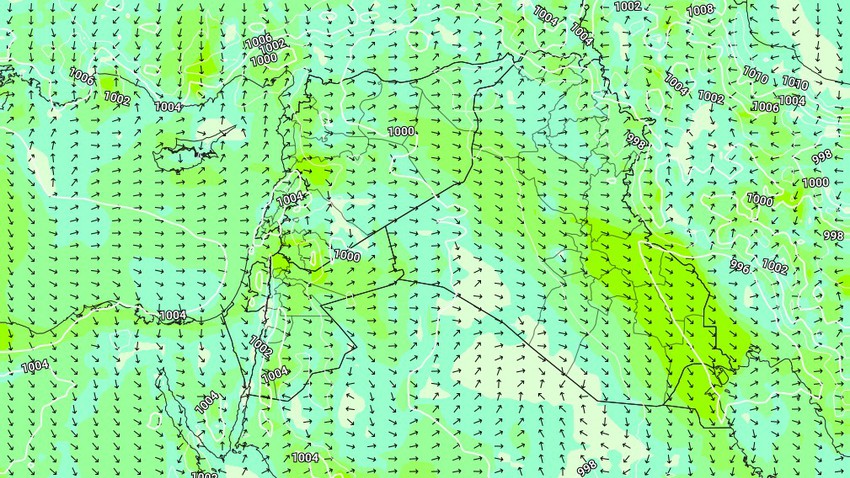 Arab weather - It is expected, God willing, that temperatures will tend to rise slightly on Tuesday, to become again around their rates for this time of the year, and the weather will be very hot in all regions.

The winds are westerly, moderate to brisk, accompanied by strong gusts in the southern regions, raising dust and dust in many areas, especially in the afternoon and afternoon periods, while they are volatile and light in the west.

Night temperatures tend to rise, and the weather is hot in all regions, tends to be moderate in the northern mountain peaks in the border areas in late nights

The winds are westerly, light to moderate in speed, sometimes active in some areas, and they are dusty within the scope of their activity, especially in the northwestern regions.