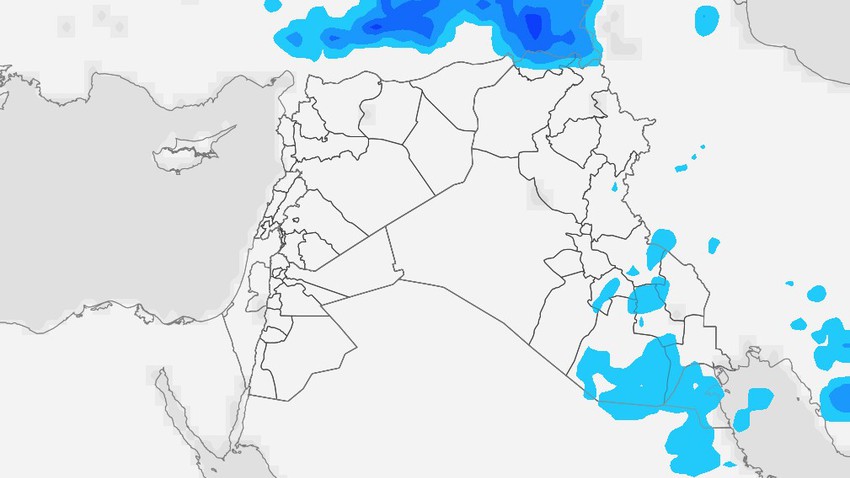 Arab Weather - The weather on Tuesday is pleasant in the western regions, relatively cold over the northern highlands, moderate in the rest of the regions, and relatively hot in the southern parts, and quantities of clouds appear at different heights and opportunities gradually create opportunities for thunderstorms of rain in random parts of the country that are concentrated In the southern regions and the northern highlands, the rains are of varying intensity, accompanied by blows of descending winds, and the winds are fluctuating in direction, and moderate in speed, sometimes active and exciting dust when active.

The effect of atmospheric instability increases at night hours

The weather is cold over the northern highlands and the western regions, relatively cold over the rest of the regions, and gentle in the southern regions, and the country is increasingly affected by a state of atmospheric instability (learn the difference between depressions and instability from here ), so that quantities of clouds appear at different altitudes Showers of rain fall in random areas, especially the northern highlands and the far southern regions, and it is not excluded that the rains will sometimes be heavy, and thunder clouds are actively accompanied by the speed of the winds within the range of the influence of the clouds, and the winds are north to northwesterly light to moderate speed, active in the south of the country And it stirs up dirt and dust.

Iraq | Temperatures remain above their averages on Tuesday, with stable and hot weather