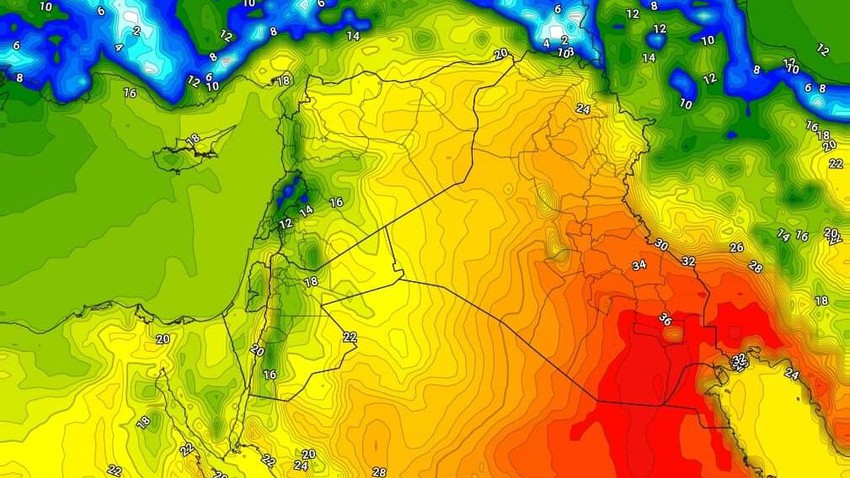 Arab Weather - An additional and tangible rise in temperatures occurs on Wednesday, and the weather is moderate in the north and west of the country and relatively hot in its center and south, with the appearance of clouds at different heights and a weak opportunity for limited local showers of rain in some areas, especially the eastern ones, and the winds will be southerly To a moderate southeast for active speed.

Night temperatures also increase, and the weather is relatively cold to cold over the northern highlands and the far western regions, and warm in the central and southern parts, with the continued appearance of clouds at different heights and the chances of local showers of rain appearing in random and dispersed areas, and the winds are fluctuating in direction and moderate in speed.