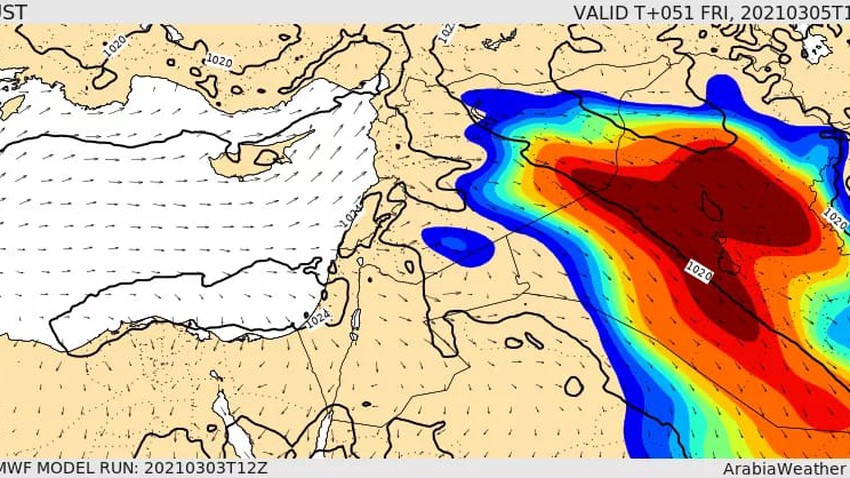 Moderate to brisk northwesterly winds and a possible dust wave!

Moderate northwesterly winds blow to brisk speed and are accompanied by strong gusts across all regions of Iraq during Friday, especially the northwestern parts, and these winds are laden with quantities of dust from the desert of the Syrian lands, and with the active winds blowing over Iraqi lands, they will stir up the dust and form a dust wave It is prevalent in most areas during the Friday / Saturday night hours and includes including the capital, Baghdad.

Amid expectations that the winds will recede on Saturday and the concentration of dust has shifted to the southeastern regions of the country, while continuing at varying rates in the rest of the regions, with alerts about the risk of low horizontal visibility and complications for patients with the respiratory system and eyes due to the increased concentration of dust in the air.

The high concentration of dust in the air coincides with the emergence of rain clouds in the northeastern regions, where mud showers of rain fall in those areas, and it is not unlikely that showers of snow will fall over the tops of the high heights in those areas, during Friday, with the return of the weather to stability in the face. Saturday year.